If you enjoyed ‘Shadow And Bone’, then Alina, Mal and the Grisha, are back with some more Grisha magic in ‘Siege And Storm’. Alina and Mal have left Ravka, but it’s not long before the Darkling catches up with them. He’s escaped the Fold and came away with a new power, which he’s only too eager to show Alina. He captures her and Mal and keeps them prisoner on a ship. But that ship is the ship of the privateer Sturmhond and privateers can’t always be trusted to do as you ask them to. Can Alina and Mal escape and will they flee or fight for Ravka?

We are once again thrown in to the Grisha universe, which is just as enchanting as before. We also have Sturmhond’s rather interesting crew thrown in to the mix. I can’t tell you too much about them, because it would contain too many spoilers, but what I will tell you is that if you’re into pirates then you will love them. Sturmhond, by the way, is hilarious. You know that person that’s got a witty come back for every situation? Well, that’s Sturmhond. It doesn’t shine through so much when we first meet him, but becomes more apparent as the story progresses.

The start of this book gives the impression that it’s going to be a repeat of the first book, ‘Shadow And Bone’, however, this is very misleading. Leigh Bardugo has some pretty major plot twists in store so early on, that it actually makes this very difficult to review without giving out spoilers.

Alina is still a very engaging heroine. She still manages to keep her quick wit and emotional honesty. She develops in some quite interesting ways in this book, that really take a complex look at themes such as the effect of power, the role of leadership and the difference that good and evil. Even so, it still manages to be a witty book.

I’m undecided as to how much I like Mal this time. Sometimes, he proves himself a really great guy, while at other times he is thoroughly irritating.

The Darkling was developed in an interesting way again. I felt at times that the creepiness of him was overdone to the extent that it was a bit too deeply unsettling, but then I think that may have been the intended effect.

Some of the Grisha, who were less important in ‘Shadow And Bone’, play quite a crucial role in Siege and Storm. David, Zoya, Fedyor and Sergei, all prove very important to the plot. They are further developed in ways that are intriguing.

This is such a difficult book to talk about without giving spoilers. There are certainly plenty of surprises in this book. I thoroughly enjoyed and would highly recommend it. 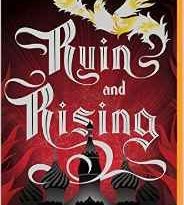 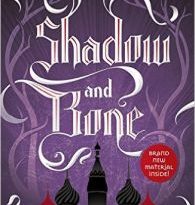