They sure don’t make them like they used to. ‘Shock Value’ by New York Times film critic Jason Zinoman covers how a few young directors shook up the system and redefined horror. Before these wunderkinds came along, the genre was suffering and hadn’t moved on from shuffling monsters in dodgy make-up.

It took a group of young guns such as Roman Polanski, Wes Craven and Brian DePalma to look at the horror film industry from the outside and create a new breed of scare that did away with the rubber bats and concentrated on psychological fears that pushed the boundaries. Zinoman starts off with Polanski’s ‘Rosemary’s Baby’ and how it was different to anything that had been made before in horror. Kudos is given to studio boss at the time Robert Evans who traded on counter-culture and pushed for Polanski to be the director of the film.

After a brief analysis of Hitchcock and ‘Psycho’, Zinoman moves back to the film school kids, charting the relationship between John Carpenter and Dan O’Bannon that eventually soured after they exploded onto the horror scene.

Just like the blood and gore, the anecdotes in the book flow nicely and Zinoman links each of the directors through a loose time-line rather than examining them in isolation. Wes Craven gets a decent portion of attention, with the author perfectly conveying his sense of frustration before his career took off.

One individual that Zinoman covers in his book that I didn’t know too much about is Dan O’Bannon. Having worked with John Carpenter on ‘Dark Star’, George Lucas on ‘Star Wars’ and Ridley Scott on ‘Alien’, his influence on the genre is immense however his personal demons prevented him from having the same legacy as the aforementioned names.

Perhaps what highlights most how these directors caught lightning in a bottle is the reaction to Zinoman’s pitch for a horror film. Without spoiling his plot, he puts forward a reasonably bold premise only to be told by a studio executive that ‘it’s too unpleasant’ and he’s breaking ‘ironclad rules’. Thankfully, these guys broke the rules decades ago and we still have a horror genre to enjoy.

‘Shock Value’ is a fantastic and insightful read. Definitely one for horror film aficionados. 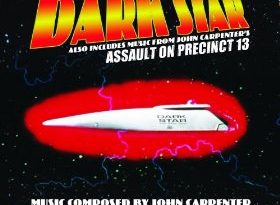