Cosmic, man! But confusing, too, for the uninitiated so it’s worth going over the back story, which is revealed half-way through the first yarn here, ‘The Destroyer’. That makes this a bit of a spoiler. Sorry. The Shakara, a spindly looking bunch of aliens, were a very warlike race, always killing each other. Then there came the greatest warrior of all, Cinnibar Brenneka, who united the tribes and introduced a new code of honour and justice. He imposed the law of the Shakara on twenty-seven galaxies and left to bring peace and justice to the rest of the universe. The Shakara, though, were attacked by the Great Terror, a conspiracy against them, and killed off by the Red Death, which was created by a geneticist called Lara Procopio.

The dying Shakara saved some of their genes and there arose an avenger, Shakara! A skinny machine in their image, he avenged them on all the races who had conspired to wipe them out. He also killed Lara Procopio. Then Eva Procopio, daughter of Lara, sought him out and tried to kill him but failed and is now his prisoner. He tells her the story of the Shakara and decides to forgive and take her home. Who should appear to ruin everything but that mean old Shakara warrior, Cinnibar Brenneka! He wants to kill the Shakara who is the ‘hero’ of the strip. To say why would give it all away.

The theme is revenge. The plot is endless battle with vast armadas all over the place and strange aliens galore. There’s not a human being anywhere. Eva Procopio looks sort of humanoid but with an overlarge chest and bottom, some sort of satire on modern female values perhaps. The art is brilliant insofar as conveying technology, warfare and strange aliens goes. There is nothing else to convey, so the art is brilliant. Whether or not Henry Flint can draw a normal human, a cat, a horse or an armchair is not something you can tell from this. I’m sure he can. Everything is alien, cosmic, gigantic and wonderfully strange. Everything is monochrome except for Shakara’s red eyes, Cinnibar’s blue eyes and their respective red and blue laser beams. The script by Robbie Morrison is very good.

After ‘Destroyer’ from 2000AD progs 1650-1661, the second episode is ‘Avenger’ from progs 1714-1726. I haven’t really spoiled the first one but describing the plot of the second would inevitably give away the conclusion of ‘Destroyer’ so I won’t. Suffice to say that it is in the same violent vein and the art and script are even better. The script, particularly, features some of that black humour that makes features from ‘2000AD’ such warped fun. The violence, I might add, is quite cartoon-like in its effects. Beings are sliced up and exploded, along with ships and other gadgets, but no real horror is evoked. It’s all too unrelated to real life.

The beauty and extravagance of the art and the sheer alien-ness of the whole enterprise make it perhaps the most escapist form of escapism you’re liable to find. I expect it will be made into a game, if it hasn’t already. Mad clean fun and well worth the cover price. 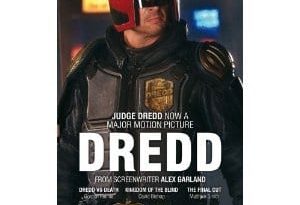 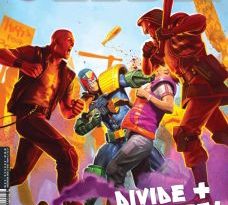 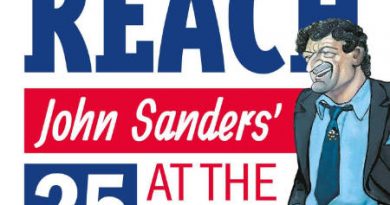 The golden age of 2000AD and the British comic-book at IPC (interview).

One thought on “Shakara: The Destroyer by Robbie Morrison and Robbie Flint (graphic novel review).”