There is a school of thought that considers that writing for the young adult market is easy. For a lot of publishers, this is a growing market and the temptation is to persuade established authors to write for it. The problem is that not all, authors and publishers alike, know exactly what a Y/A novel is. Like so many sub-genres that cross thematic boundaries, there are rules. One writer that has captured the essence of the Y/A subset is Janet Edwards. She began her career with the ‘Earth Girl’ trilogy which firmly marked out her credentials. ‘Scavenger Alliance’ is the first in a new Y/A series. The setting is far future but three centuries before the events in ‘Earth Girl’. Earth has been largely abandoned. When Portal Technology was developed, which allowed instantaneous travel to other planets, no-one wanted to stay in the polluted environment. Those that were forced to stay often have a criminal record or were among the few to whom interstellar travel was deadly.

Too many writers get the age wrong for their main character. Like Blaze in ‘Scavenger Alliance’, they need to be on the cusp of adulthood, of an age where others are willing to give her responsibility even if she is unsure if she is ready for it. Blaze is just eighteen, an age where she can expect changes in her life, especially as she is now at an eligible for marriage. The changes and choices she is exposed to are far greater than she anticipates. She is also at an age where she is ready to explore her emotions. While younger characters do have feelings, it is important to remember that the age of consent in the cultures of the readers, when they are legally regarded as adults, should be reflected in the book.

While in teenage books it is usual for the adults, especially the parents, to have somehow got lost, a Y/A world is more rounded reflecting a society with all age groups. Blaze’s mother was killed when a firestorm swept through London but she and her brother escaped through portals to New York where her father, Donnell, is head of the Scavenger Alliance. At the time this novel starts, she is alienated from Donnell, as her brother betrayed the Alliance and destroyed the portals, trapping the members of the Alliance in the ruined city. For Blaze, her eighteenth birthday is a time of change, not least because others, in particular the cruel and ambitious Cage, recognise that she is a marriageable commodity. He thinks he can become Donnell’s deputy if he marries Blaze.

It is always useful to have some way of explaining to a reader what the world is like and how the social structure is arranged without having pages of exposition. The easiest way is to have an ignorant stranger who has to have everything explained before they fatally offend anyone. When a trio from one of the colonised worlds arrives and claim that their flyer has broken down and please may we use your portals, everyone is suspicious of them. Blaze is given the task of keeping an eye on Tad, who is an arrogant know-it-all about her own age. As she begins to understand that he is not what he appears, the problems multiply. Not only is the off-world portal technology about to collapse, the problem that Tad had come to Earth to try to solve, but New York will almost certainly be hit by the kind of firestorm that destroyed London. Tad also supplies the required romantic element essential for a Y/A novel and, like any good romantic novel, there are obstacles to the developing relationship.

Any good novel requires conflict of some kind. For a teen novel, it is often between the protagonist and the adult world. In Y/A, the conflict is often a result of circumstances which can involve peers, adults and emotions. For Blaze, there is the self-doubt due to the distance between herself and her father, the physical danger of the world she lives in as well as the tensions she sees all around involving the other adults needing to settle the political hierarchy. Into this mix comes Tad, whose presence will either precipitate inter-group violence or unite them against Donnell. Beneath much of this is the status of women among the factions that make up the Alliance. Men and women have specific roles within the community but some groups recognise that all are capable of leadership, others don’t and Blaze is the catalyst to redefining the roles. Teen fiction often sees the status quo restored by the efforts of the protagonist, in Y/A changes are more likely to be profound in whatever group the protagonist belongs to.

Blaze is an ideal Y/A protagonist, wilful and prey to her emotions perhaps but ultimately not prepared to take what others say as gospel. She questions motives and does not suffer fools. She does a lot of growing up, taking on responsibility and emerging as an adult with all the problems that entails. If I have quibbles, it is that perhaps Blaze spends a bit too much time explaining the way things work in her world to the initially naïve Tad. Nevertheless, for anyone wanting to write for Young Adults, reading one of Janet Edwards’ novels is a good way to see the genre written well and get a lot of enjoyment in the process. 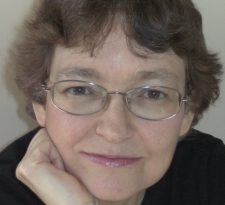 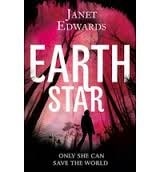 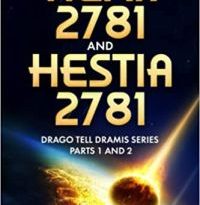