The first thing to point out is that ‘Return’ is a sequel to Beagle’s 1991 novel ‘The Innkeeper’s Song’ so it might be an idea to read that before this. That said, I have not read ‘The Innkeeper’s Song’ and yet ‘Return’ was perfectly comprehensible. True, characters were mentioned who featured in that novel and some of them appear here but this work stands alone quite well. Though easily confused, I was not. The second thing to mention is that this is a novella only a hundred pages long. I point this out just in case someone doesn’t spot it in the small print. Our first person narrator, Soukyan, is being tracked by three Hunters who are trained assassins. Hunters have been trying to kill him for the past twenty years, ever since he escaped from that place and survived. This attack is different and the outcome makes him decide to return, hence the title, to the monastic style house that he left so long ago. The constant referral to it as that place I found mildly annoying but only because the infantile parts of the British press forever refer to that dress, one worn by Liz Hurley, and have used the italicised ‘that’ for several other celebrity things. This is hardly Peter S. Beagle’s fault. It’s not Liz Hurley’s neither, I hasten to add.

Peter S. Beagle is just about my favourite writer since I read one of his collections a while back. His prose is understated and elegant, his characters are solid and three-dimensional. Best of all, he usually tells a story, as opposed to some moody events with an inconclusive ending, and this is a good one with a few neat twists. Our hero gets in dire straits and there are great secrets to be uncovered. Tension is maintained and the conclusion is satisfying.

There are some elegant writers of fantasy who seem not at all bothered by the notion of a strong plot. There are strong plotters who write what is called workmanlike prose and I have nothing against them. A writer does what he can with the tools nature gave him. However, when you get the combination of both in one author the works are of a higher quality, as here, I will rush to locate The Innkeeper’s Song so I can finish the story backwards. 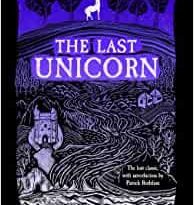 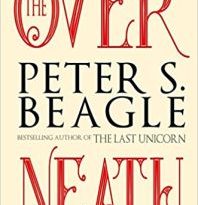 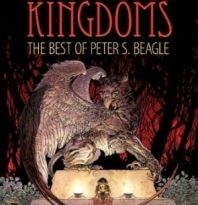