Projecting a realistic future, even from now based on what we know of current trends is very difficult. Science Fiction writers try it all the time. We look back at the early exponents and see what they got wrong. One reason for setting something so far in the future is to make that more difficult. Some writers have tried to put their own works in to a credible time-line showing the evolution of the universe they are writing in. There have been some very plausible projections and we will never know how it actually matches up to reality. This projection becomes more difficult if a number of authors are considering the situation from the same standpoint, especially if they are trespassing in someone else’s creation. When the starting point is already in a vastly different future to what most of us envisage from the current perspective, the results can either be awe-inspiring or disappointing. The editors of such a volume need to have tight control of the individual authors and the time-line. Unfortunately, this has not happened in this volume. Two things are missing from this ‘Para Imminence’ anthology which would help any reader. The first is the aforementioned time-line with the relative position of the stories alongside it. This would give some kind of coherence and a semblance of progress in the evolution of Wraeththu kind. As it is, the stories appear to be placed in the book at random and there is no sense of development or even that they are set in a future of a future. The second thing that would add to the understanding of the reader is a glossary. However well versed in the Wraeththu culture a reader is, it is always useful to have a dictionary of terms to fall back on. As no book should be produced with the intention of appealing only to a circle of fans, new readers are to be hoped for and even encouraged. Any picking up this volume will be baffled by some of the terms used and likely to avoid similar books.

As to the stories themselves, all fifteen are competently written. Some appeal more than others and one in particular made my hackles rise. I’ll come to that later.

For anyone contemplating opening this anthology, they need to be aware of the genesis of the culture. The Wraeththu are the successors to humans as developed by Storm Constantine in her original trilogy that began with ‘The Enchantments Of Flesh And Spirit’. These books displayed a brilliance of creation not matched by any of the fan-fiction stories set in the same world. The early members of the Wraeththu race were human, their ranks swelled by incepting teenage boys, the changes resulting in androgynous, hermaphrodites who carved out their territories by violence. One of the directions of evolution followed by some of Constantine’s characters was spiritual and it is this aspect that most of the authors included in ‘Para Imminence’ have chosen to explore. While a little of this is a good thing, it can become overwhelming at the expense of other potential avenues. With the history of mayhem, it would be expected that some of these stories would feature some kind of physical conflict. No. Some characters may have interpersonal spats but there is no undercurrent of tension and political unease. I cannot quite believe in a future history that doesn’t involve the potential for explosive, raw emotion. All the emotion is directed towards sex or, as it is termed in this society, aruna. Admittedly, the energies generated during aruna are used as a kind of ‘green technology’ to power the equivalents of non-mechanical travel both from place to place and between worlds. In human society, there has always been a spur for the development of new ideas – often involving conflict. Perhaps it is that lack of conflict that makes some of these stories bland.

Of the stories themselves, the volume is bracketed by a pair from Storm Constantine. I am discounting the final piece ‘History Lesson’ by Maria J. Leel which takes the form of a lecture in the remote future which is the nearest to a time-line that this book possesses.

The opening story, ‘A Tour Of The House’, is partly a low-key rite of passage story concerning Gred who is visiting the past home of his ancestors, some of whom still linger. For those who know Constantine’s ‘Wraeththu’ novels well, they will recognise the place and the names, particularly that of Cobweb who here is the link between Gred’s now and the time of the novels. The final story, ‘Beyond A Veil Of Stars’ is set in a small, barely surviving human enclave. Contact between them and the Wraeththu is minimal and treated with grave caution as there is a fear that any teenage boys will be lured away. A bridge has to be built when the elder son of the enclave’s leader falls ill if the boy has any chance of survival.

Issues that parents have today about the behaviour of their children are transposed into this world. In Wendy Darling’s ‘The Etherline’, she has envisaged a method of communication called the Ethernet which is the Wraeththu equivalent of the Internet. Luka’s parents are just like human ones, thinking he spends too much time online instead of going out and meeting real people. This storyline is treated in much the same way as a mainstream writer would with, probably, a similar outcome. The main difference between the societies is that no human parents would send their offspring into town with the injunction to go and have sex with someone.

One of the best stories in this volume is ‘Destiny Of Choice And Chance’ by Suzanne Gabriel. This author has considered the idea of conflict in the future. Much like the Shia and Sunni Islamic sects in the current Middle East, the Wraeththu have developed a religious schism based on an interpretation of historical texts. Shay has been sent to a mountain school where both sects are educated and the rivalry is vicious. He is not happy to accept the divide. His actions take a small step towards understanding but the story is realistic. A situation hundreds of years in the development can’t be changed overnight.

Another story of merit is ‘Give Us This Day’ by Fiona Lane. Constantine had established the idea of travel from place to place along the Otherlanes, usually with the help of a horse-like being known as sedu. When Meridian gives sanctuary to a fugitive har, Perricat, who can convince others that they are seeing a cat, he is at first extremely annoyed, partly because the other is intruding into his grief. Meridian’s chesnari (life partner) disappeared in the Otherlanes. Perricat’s crime is to claim that there is something haunting the Otherlanes and causing disappearances. By the end if the story, they are not exactly friends, but have learnt to accommodate each other but it feels unfinished. There is a hint of events to come and this could be an interesting first chapter of a longer piece.

The other story that stands out, for the wrong reasons is ‘Ascension’ by Maria J. Leel. Fine, I accept that the Wraeththu at her projected point in history have developed psychic powers beyond what we puny humans could imagine. The ideas of using them to travel to other planets as speculated in other stories, isn’t a problem. The central story within ‘Ascension’ involves reincarnation. Again, I have no issue with this, though a human being reincarnated as Wraeththu ought to produce a large amount of philosophical discussion. I am, though, a geologist and anything that so totally disregards the dynamics of a planet needs reworking. In geological terms, Atlantis and Lemuria were convenient labels for landmasses that formed eons ago and were eventually replaced by what exists now. The outlines and climates of landmasses change, that is inevitable, but to hoist a continent the size of Australia from the ocean bed overnight, is asking for trouble. Where will the displaced water go is only the first question. The rise in sea level elsewhere would more radically change the coastlines than is suggested in the sketch map at the end of the story. Then there would be the tsunamis. I doubt Britain would survive and the inevitable changes in sea and air currents would cause more climactic chaos that the current projections of global warming. This is before considering the volcanic and seismic upheavals caused by uplifting the new continent over the Mid-Atlantic ridge. To do this once is foolish but Leel’s story does it again, forming Lemuria in the middle of the Pacific Ocean (the map doesn’t show where Australia went). All the issues with raising Atlantis would be multiplied. Keep the central story by all means, but the framing device belongs in Victorian fiction when the world had not been fully explored and geological processes were yet to be unravelled. With the information so readily available, there is no excuse for this.

Okay. Rant over. Followers of the Wraeththu ethos will want this as an addition to their library and there are stories of interest within the covers. For those unfamiliar with this world, begin with Storm Constantine’s original books, also available from Immanion Press. 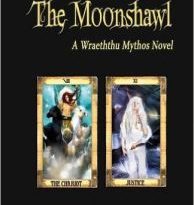 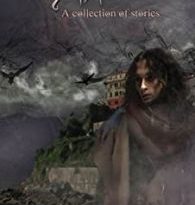