‘Osama’ is a surreal alternate reality novel from the pen of Israeli-born speculative fiction writer Lavie Tidhar. Originally published in hardback by the specialist genre press PS Publishing in 2011, it was reprinted in a mass market paperback edition by Solaris in 2012, shortly before winning the World Fantasy Award. The story is set on a parallel Earth where modern global terrorism is unknown other than in the pages of pulp author Mike Longshott’s novels about the exploits of the fictional vigilante Osama bin Laden.

Joe is an underemployed private detective based in the South-East Asian country of Laos who reads these novels to pass the time. When a young woman comes to his dingy office and asks him to locate Mike Longshott, he initially thinks she must be making a joke at his expense. However, when she gives him a plain black credit card with no spending limit to cover his expenses he decides to play along.

Joe initially heads to Paris where Longshott’s publishers are based. Before long, though, the trail goes cold and everywhere he looks people try to put him off the search. Soon enough, mysterious men in black are shooting at him, contacts he makes disappear in strange circumstances and Joe’s reality starts to disintegrate.

All the while, Joe continues to read Longshott’s novels which are filled with accurate reconstructions of 9/11, 7/7 and numerous other terrorist incidents from our reality. Will Joe be able to find Mike Longshott and get to the truth before he loses his own sense of identity or is taken off the case with extreme prejudice by someone with a gun?

‘Osama’ is an extremely odd novel. However, it is also interesting, thought-provoking, emotionally intense and highly entertaining. Joe, whose surname is never revealed, comes across as a likeable but damaged individual, who is like a dog with a bone over the case once his curiosity has been aroused.

The writing accurately recreates the style of pulp fiction, making the novel fast-paced and a joy to read. Yet, throughout it all, there is a much stranger story floating under the surface and threatening to break out at any moment. How is Mike Longshott able to recreate the terrorist outrages of ‘our’ reality so accurately in his novels? Why does he do it and why are so many people desperate to stop Joe from finding out the answers to these questions?

There are echoes here of Philip K. Dick’s Hugo Award-winning alternate history novel, ‘The Man In The High Castle’, a story in which the Axis powers, rather than the Allies, won World War Two and in which a character called Joe goes looking for a novelist who has written an alternate history where the ‘wrong’ side won. More than the plot echoes, though, Tidhar has created a Dickian narrative that mixes reality and illusion and where nothing is quite what it seems.

‘Osama’ is a great example of speculative fiction at its best. Lavie Tidhar has written a novel that asks difficult questions about one of the great horrors of contemporary life in an original, weird but above all enjoyable way. I’m not surprised that it has won multiple awards. I loved it. 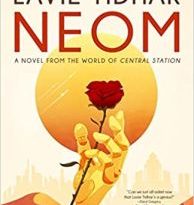 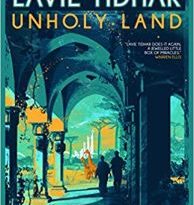 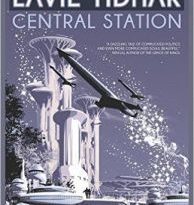