Nineworlds Geekfest has, at the time of writing, 36 hours to go until the finish of their Kickstarter campaign to raise funds for London to mount the UK’s answer to the monster Comic-Cons over in the USA. And the good news is the event organisers have already monstered their target for fundraising, with the folding green stuff currently sitting at +150% of what they need to get this new mega-con rolling!

It’s not too late to pitch in on their Kickstarter in its last few hours, if you’re interested.

They’ve already announced some of their first guest stars, and this includes mega-genre authors such as Stephen Hunt, Charlie Stross and Cory Doctorow, with many more names writers, comic-book artists, game creators, film and TV types expected to want to take part. 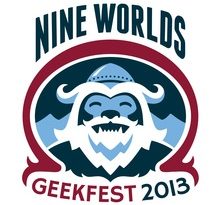