Astronomers using NASA’s Swift X-ray Telescope have observed a spinning neutron star suddenly slowing down, yielding clues they can use to understand these extremely dense objects. A neutron star is the crushed core of a massive star that ran out of fuel, collapsed under its own weight, and exploded as a supernova. A neutron star can spin as fast as 43,000 times per minute and boast a magnetic field a trillion times stronger than Earth’s. Matter within a neutron star is so dense a teaspoonful would weigh about a billion tons on Earth.

This neutron star, 1E 2259+586, is located about 10,000 light-years away toward the constellation Cassiopeia. It is one of about two dozen neutron stars called magnetars, which have very powerful magnetic fields and occasionally produce high-energy explosions or pulses.

Observations of X-ray pulses from 1E 2259+586 from July 2011 through mid-April 2012 indicated the magnetar’s rotation was gradually slowing from once every seven seconds, or about eight revolutions per minute. On April 28, 2012, data showed the spin rate had decreased abruptly, by 2.2 millionths of a second, and the magnetar was spinning down at a faster rate.

“Astronomers have witnessed hundreds of events, called glitches, associated with sudden increases in the spin of neutron stars, but this sudden spin-down caught us off guard,” said Victoria Kaspi, a professor of physics at McGill University in Montreal. She leads a team that uses Swift to monitor magnetars routinely.

Astronomers dubbed the event an “anti-glitch,” said co-author Neil Gehrels, principal investigator of the Swift mission at NASA’s Goddard Space Flight Center in Greenbelt, Md. “It affected the magnetar in exactly the opposite manner of every other clearly identified glitch seen in neutron stars.”

The discovery has important implications for understanding the extreme physical conditions present within neutron stars, where matter becomes squeezed to densities several times greater than an atomic nucleus. No laboratory on Earth can duplicate these conditions. The internal structure of neutron stars is a long-standing puzzle. Current theory maintains a neutron star has a crust made up of electrons and ions; an interior containing oddities that include a neutron superfluid, which is a bizarre state of matter without friction; and a surface that accelerates streams of high-energy particles through the star’s intense magnetic field.

The streaming particles drain energy from the crust. The crust spins down, but the fluid interior resists being slowed. The crust fractures under the strain. When this happens, a glitch occurs. There is an X-ray outburst and the star gets a speedup kick from the faster-spinning interior.

On April 21, 2012, just a week before Swift observed the anti-glitch, 1E 2259+586 produced a brief, but intense X-ray burst detected by the Gamma-ray Burst Monitor aboard NASA’s Fermi Gamma-ray Space Telescope. The scientists think this 36-millisecond eruption of high-energy light likely signaled the changes that drove the magnetar’s slowdown.

“What is really remarkable about this event is the combination of the magnetar’s abrupt slowdown, the X-ray outburst, and the fact we now observe the star spinning down at a faster rate than before,” said lead author Robert Archibald, a graduate student at McGill. 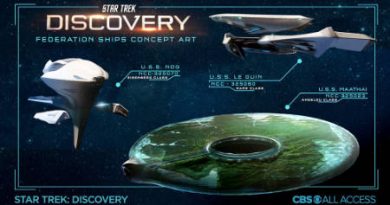 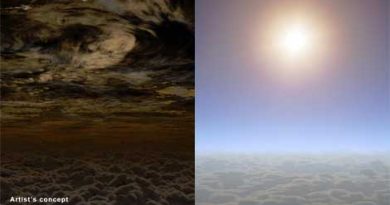 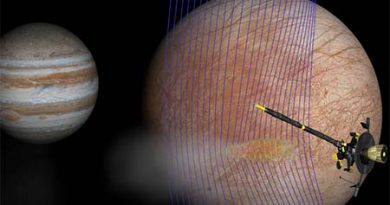