NASA awarded the University of Central Florida Arecibo Observatory the four-year grant to find and track near-Earth objects (NEO) that pose a potential hazard to Earth, as well as being candidates for future space missions (including mining).

“The S-band planetary radar system on the 305-m William E. Gordon telescope at Arecibo Observatory is the most sensitive planetary radar system in the world,” noted Arecibo planetary radar program’s principal investigator Anne Virkki. “This is why Arecibo is such an amazing tool for our work. Our radar astrometry and characterization are critical for identifying objects that are truly hazardous to Earth and for the planning of mitigation efforts. We can use our system to constrain the size, shape, mass, spin state, composition, binarity, trajectory, and gravitational and surface environments of NEOs and this will help NASA to determine potential targets for future missions.”

Arecibo has played a role in analyzing NEOs since the mid-90s, observing 60-120 objects per year.

Congress made NEOs a priority when it directed NASA in 2005 to seek out and characterise at least 90 percent of near-Earth objects larger than 140 meters by 2020.

“Arecibo plays an important role in discovery and advancing our knowledge of our solar system and our universe,” added Francisco Cordova, director of the facility. “We also play a critical role in helping to protect our planet through providing knowledge and unique expertise. It’s part of our mission and one of the reasons we are so passionate about our work.” 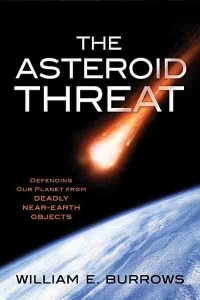