The multiverse, or the idea that there may be multiple universes beyond our own, has long been explored in a variety of films and books. In science fiction, the concept is often used as a plot device to allow for alternate versions of characters or events.

One of the most well-known examples of the multiverse in film is the “Marvel Cinematic Universe,” a series of superhero films that feature multiple alternate universes. In the films, characters like Doctor Strange and Ant-Man are shown to have the ability to travel between universes, leading to encounters with alternate versions of themselves and other characters.

In the novel “The Man in the High Castle” by Philip K. Dick, the multiverse is used to explore the consequences of history taking a different path. The novel is set in a universe where the Axis powers won World War II, and follows characters who discover the existence of alternate universes where the Allies were victorious.

The television series “Sliders” also explores the idea. The show follows a group of characters who are able to slide between parallel universes, encountering alternate versions of themselves and the world they know.

In the novel “The Long Earth” by Terry Pratchett and Stephen Baxter, the concept is used to explore the idea of infinite possibilities. The novel follows characters who are able to travel to alternate versions of Earth, each with its own unique history and inhabitants.

The idea of the multiverse has been a popular theme in science fiction, allowing for exploration of alternate versions of reality and the consequences of different choices and events.

The multiverse is not currently considered a scientific theory and is largely considered a philosophical or artistic concept. The idea is based on the theories of quantum mechanics and the concept of the many-worlds interpretation, which suggests that every possible outcome of a quantum event occurs in a separate universe. However, this idea is still highly speculative and has not been proven.

Some physicists have suggested that the concept of the multiverse could be tested using certain observations, such as the cosmic microwave background radiation, the distribution of galaxies, or the overall shape of the universe. However, these tests are still in the early stages and it is not yet clear if they will provide evidence for the existence of multiple universes.

Overall, while the concept of the multiverse remains a topic of debate and speculation, it is not currently considered a scientific theory and there is still no conclusive evidence to support its existence. 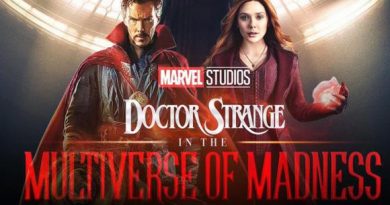