As the title ‘Mississipi Roll’ of the latest ‘Wild Cards’ book should point out, this mosaic blend of six stories has gone down to the deep south. Actually, it’s on the Mississippi steamboat Natchez as its crew discover that its management now want to dock it and just use it as a casino so they are on its final voyage. As a steamboat and pleasure craft, it carries passengers and entertainment, not to mention selection of people who are Aces and Jokers. Should I also mention a team on-board looking for ghosts but don’t know what Steam Wilbur is? I’m not sure if Steam Wilbur is an unfortunate Ace or Joker as it depends on how you look at his power as he can only manifest himself in steam and has taken a long time to realise the full extent of his powers.

There are also hidden on the third deck some Aces and Jokers refugees from South America that ICE agent Billy Ray allowed to escape from Immigration before quitting and who are going to be dropped off into the Joker Underground somewhere along their river voyage.

In the middle of this mix, we have a murder mystery that happened some time ago. Leo Storgman, once called Ramshead, and a former New York police detective is now an insurance investigator with his wife, Wanda. This is a complete story that would have been messy had it been broken up in the mosaic, which is used for overlapping character involvement. The clues are there for solving although not always obvious to pick up on so you can’t get ahead of the detectives. Writer Cherie Priest does an almost ‘Thin Man’ approach to this story and who doesn’t like a mystery?

While we’re talking of the writers, George RR Martin only edits the book, he isn’t actually writing anything in it although I suspect he might have contributed the setting. The actual writers are Stephen Leigh, John Jos. Miller, Carrie Vaughn, Cherie Priest, Kevin Andrew Murphy and David D. Levine. All authors in their own right and if you like their material here, you might want to look up their own books.

There are a lot of sub-plots which tend to reach spoiler territory and I’ve only hinted at some of them above. If anything, the biggest puzzle is why none of the southern characters had their customary drawl and although we are reminded that some are Creole and Cajun aboard, no attempt is made to capture their speech patterns. I know how easy it can be to make mistakes with dialect or even cliché it but it would have added texture to the speech patterns. If anything, the biggest criticism has to be laid at the last section where everything is tied up rather too quickly when you compare it to the pace of the rest of the book. Whether this was done to reach deadline or page count seems uncertain but it definitely is something that needs to be checked on in future.

I still wish they’d kept the tradition of a roll-call of characters at the end of the book. You really do have to be familiar with who some of these Wild Cards are when they’re introduction is by description first. Once past that, other details are reminded and should lock into your memory. There is also a major reference to when the Wild Cards virus first struck and how the killer Black Ace took out so many humans. It’s also interesting seeing a reminder of the odds of surviving the Wild Cards virus which is worth repeating here: Nine Jokers (deformed) and ninety Black Queens (dead) for every Ace. This is largely how the name of the virus came about.

With a potential ‘Wild Cards’ TV series in the works, you will no doubt be wanting to read up on the series and I’m going back over the release of the earlier volumes in the months to come. Although ‘Mississippi Roll’ doesn’t feature any of the earlier characters, it is also a good book to step into and get some familiarity with the reality and the type of people who inhabit it. It’s also great that some of its original writers are back in the groove. You’ll certainly walk away from it wanting to know more. 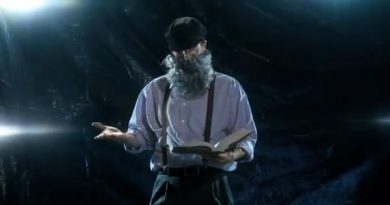 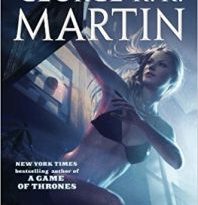 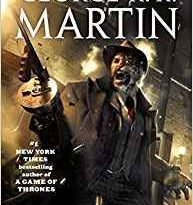