For those unfamiliar with Michael Moorcock, he is a renowned British science fiction and fantasy author who has written numerous novels, short stories, and comics throughout his career. His work is known for its complex and innovative storytelling, as well as its themes of personal responsibility and the dangers of power.

Without further ado, here are some of the best Michael Moorcock books:

“Elric of Melniboné” – This is perhaps Moorcock’s most famous work, and for good reason. It tells the tale of Elric, an albino sorcerer and the last emperor of the ancient and decadent nation of Melniboné. Elric is a tragic hero, torn between his desire for power and his sense of morality, and his story is one of the most captivating and emotionally resonant in all of fantasy literature.

“The Eternal Champion” – This series of books tells the story of various incarnations of the same hero, who is tasked with defending the balance of the universe against the forces of chaos. Each book in the series is a standalone adventure, but they all feature the same richly developed world and complex characters that Moorcock is known for.

“The Dancers at the End of Time” – This series is a bit of a departure from Moorcock’s usual fare, as it is set in a far-flung future where humanity has achieved godlike powers and lives in a state of decadence and boredom. The books follow a group of time-traveling party-goers as they explore the multiverse and try to find meaning in their meaningless lives.

“The Warlord of the Air” – This book is set in an alternate history where the world has been transformed by a series of technological and social revolutions. It follows the adventures of a British airman who finds himself caught up in the middle of a global conflict between rival nations.

“The Dreamthief’s Daughter” – This book is part of the “Elric” series, but it can be enjoyed as a standalone adventure. It tells the story of Moonglum, Elric’s loyal companion, as he travels to a distant land in search of a magical artifact. Along the way, he encounters a host of strange and fascinating characters, including a group of time-traveling dancers and a band of mischievous faeries.

So there you have it: five of the best Michael Moorcock books to tickle your literary fancy! Whether you’re a fan of epic fantasy, alternate history, or just plain old weirdness, there’s something here for everyone. Happy reading over Christmas 2022. 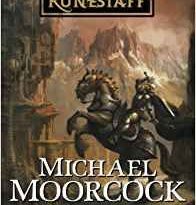 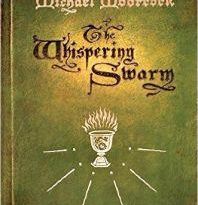 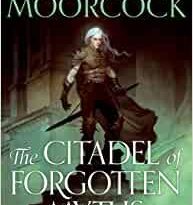