I’ve always maintained that it is interesting to read a film’s novelisation. To tie-in to the film release, its author has to work off either an early script draft or out of contact with any changes made while filming and editing. As I’ve yet to see the film until later in the year, I’ll have to treat Greg Cox’s ‘Man Of Steel’ novelisation as gospel, at least to the script draft he had reference to, until I compare the differences. I’ll only hint at the plot elements as surely it would be deemed spoiler at this time. As surmised from the ‘Man Of Steel: Inside The Legendary World Of Superman’ by Daniel Wallace, there is a greater emphasis on Krypton and making Jor-el more of a heroic figure. Oddly, having Jor-el called ‘Jor’ or ‘El’ seems odd although it did make me wonder why General Zod doesn’t have a family name but as he’s supposed to be a right bastard maybe he doesn’t have one. I did check on this an in comicbook mythology he is actually called Dru-Zod’ but does seem odd that this is never referenced.

A lot of the changes to the ‘standard’ Superman mythology is more to do with explaining why certain actions take place and especially the motivation of the Kryptonian. As a boy, Clark Kent stayed the loner and a victim of bullying, mostly because he daren’t strike back, makes some sense and fulfils his timid behaviour when young. No doubt, later becoming Superman allows his to fully come out. At the same time, coming to terms with things like his super-vision does give for some insane moments. Likewise, discovering he could fly as an adult. Discovering that the ‘S’ symbol actually means ‘hope’, I suppose we should be grateful that he didn’t want to be called ‘Hopeman’ although it is Lois Lane herself that gives him that title in preference to ‘Scary Alien Guy’, which would have been a bit of a mouthful.

Interestingly, Lois Lane has a marked difference from any of the previous versions, most surprising of all was discovery of who Clark Kent is long before he becomes Superman proper. The best twist on this is that editor Perry White at the Daily Planet doesn’t want her covering a UFO story and believes the military that nothing is going on. Famous last words in this case.

How Superman gets his costume is also a somewhat different take although I do wish they’d explained how Clark shaved his beard off. Did he go the comicbook version and use reflective heat vision to burn it off or is there a Kryptonian shaving kit hidden in his costume? I’ve always pondered on that because any glass even with reflected heat vision would still melt. Although saying that, I think he did use a piece of metal from his original spaceship in the comicbooks for said purpose.

It’s rather interesting seeing the military doing a monitor examination of Superman, although if his body is that dense I’m surprised they could do an x-ray of him. Interestingly, the description of how Superman’s own x-ray vision works comes over nicely in print and strongly suggests that this is his normal state of vision. Although it’s only hinted that Krypton is a heavy density planet, that kind of vision would make sense to see through a more dense atmosphere and that would make it less of a super-power acquired on Earth and just the way the Kryptonians really see. What doesn’t is the explanation that there is something in Krypton’s air that inhibits their powers when the actual energy for them comes from the yellow sun.

There is also some confusion about Zod’s motives to turn Earth into a new Krypton. I mean, if you had the choice of having super-powers or not, which way would you go, especially if you were a megalomaniac? If you’re going to have a planet to re-make as Krypton, why not choose a heavy density planet as there must be enough of them out there. I put that up there with other dodgy science like Superman’s blood rather than his genesis an odd place to carry the codex for his entire species. Even if that was logical, you would have thought the blood sample taken by Jax-Ur would have been enough to resurrect his species. If it took all of Superman’s blood, wouldn’t Jor-el have been condemning his son to death at some point?

Then again, this story does ultimately turn into which might is right. Considering that Zod has a fast galactic starship, a compromise of go and find a different planet to rebuild Krypton would have been a better option. All Superman would have to do is fly home to Earth with the starship and I doubt they’d bother anyone again.

Without getting too spoiler, I was a little disappointed as to the fate of Zod. Granted, Superman was put in a corner as to what to do, it still makes him pretty much a murderer which I would have thought is hardly a good thing to show kids.

Writer Greg Cox does well with the actually writing although you ought to make sure you have an uninterrupted hour or so to read the last half of the book. Whether it fills any gaps in the film version, only you can decide. 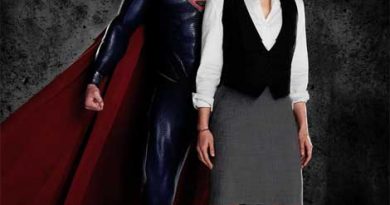 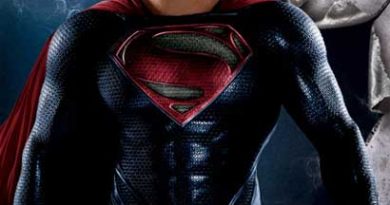 Man Of Steel (a film review by Mark R. Leeper).

One thought on “Man Of Steel by Greg Cox (book review).”

Man Of Steel (a film review by Mark R. Leeper).