Physical chemistry has always been something hard to define. Basically, it’s the physics associated with chemistry and how things work together than the other chemistry which deals with chemical reactions. Cathy Cobb’s book, ‘Magick, Mayhem And Mavericks’, explores the history of physical chemistry that should make sense to most of you. If you have any aspiring scientists in your teen-age sprogs, they will come away from this book with the context of how science evolved and…er…got kind of stuck every few centuries along the way. Indeed, reading the struggles getting past Aristole and later, even Newton, shows how dogmatic scientists go against fresh thought but beaten into submission by experimental data as John Dalton did. Although Cobb points out that Roman numerals lost out to the Arabic numbering system, I wish she’d explained that the former evolved from counting dashes which is why the Romans never had a zero. I mean, how can you write a dash for zero? They used an underline but it wasn’t treated as such in figures bigger than ten. The Arabic numbering was more compact in its representation and had a zero which made maths easier.

I covered how the word ‘algebra’ derived from Arabic in a previous review but did you know that the mathematician Al-Khwarizmi had the word ‘algorithm’ named after him? As Cobb points out, if science words started with ‘al’ then they were usually sourced from Arabic and that included alcohol and then some odd magical words like ‘alacazam’ and ‘abracadabra’. Hmmm…that last one is ‘ab’!

Seeing how various scientists had to work down to find atoms has always been an eye-opener (sic). I mean, how can you measure something that you can’t see, let alone how many atoms there are? Cobb gives an excellent explanation of the ‘mole’ (not the burrowing animal) for how defining how many molecules in a sample. Some 600,000 billion billion molecules in case you didn’t know. You’d better start counting now as you’ll spend a lifetime getting there.

If you ever wondered how statistics played a part in science then you’ll love how the odds are explained here because it was needed to calculate distribution which is used in so much of what we understand today.

It should hardly be surprising to anyone that most of the developments in physical chemistry made the biggest jumps in the last century and the last sections of the book deal with this. It does make for a heavier read but when you compare how we know the names of earlier scientists and so few of modern ones, this demonstrates a lack of order of importance. One significant thing that kept coming up for me was how many German scientists fleeing Nazi Germany also made the most discoveries in the countries that adopted them. In more general terms, it would be interesting to see people observe scientific discoveries by nations or nationals because it looks rather cluster-like how these discoveries are made.

Cobb ends with a look at quantum mechanics and Marie Goeppert Mayer, who in post-World War 2, had to live through being thought not worthy of a university paid placing, because her husband scientist was one, and yet discovered a quantum pattern that no one else had before. It does show how little merit plays in these things, doesn’t it? Cobb makes a very good point in her conclusion that progress is made by scientists who are not stuck by previous dogma but allowed to think, experiment and prove. A lesson that should stick and be true for all. An thoughtful conclusion for all. 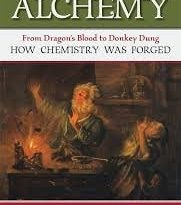