When a murder occurs in an exclusive magic school, private investigator Ivy is drafted in to solve the case. To complicate matters, her estranged twin sister just happens to work there and Ivy is definitely not still holding a grudge that Tabitha got all the magic, while she got a lousy education and a job in a dingy little office. Nope, definitely not. OK, maybe a little bit, but as Ivy starts to investigate the school, with its cliques and its quirks, she realises that maybe she got the better end of the deal after all.

Something doesn’t quite feel right at The Osthorne Academy of Young Mages and, with a dead body in the library and secrets indelibly tattooed on the walls, Ivy needs to figure things out quickly before she or her sister end up being the next victim. 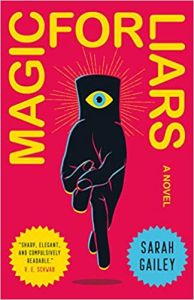 ‘Magic For Liars’ is Sarah Gailey’s debut adult novel and, for me, the premise ticked a lot of boxes. Everyone loves a good murder mystery, magic schools can be fun settings, an estranged family story adds a bit of depth to the character background and to top it off there’s a really striking cover design by Will Staehle. What’s not to like?

The novel started off with a chapter setting Ivy up as some kind of Philip Marlowe-style detective with a dingy basement office in a seedy part of town, really amping up the noir feeling and I thought it was going to be interesting blending that vibe with the setting of an elite magical school. Unfortunately, that blending didn’t really happen and ultimately that opening chapter felt quite out of place with the rest of the story.

I understand that it was trying to set up Ivy’s character and background before dropping her into the school setting, but I felt like there needed to be more of that undertone continuing for this opening to feel like part of the same book instead of a discarded idea. I’d have liked to see more of the noir tone coming through later on in the book and think it could have resulted in quite an original narrative tone.

Leaving aside my disappointment that the noir vibe stopped almost as soon as it started, what Gailey gave us was an interesting take on the magical school setting and one in which the magic actually seemed secondary to the events rather than being the main focus of the story, which was a refreshing change. We see the usual high school cliques, the dynamics of teenage relationships and the politicking of the staff in a prestigious school and all that works quite well. The fact that the curriculum contains magic and the obviously magical nature of both the murder and some of the teenage pranks fits in very naturally with this setting and provides a good backdrop for a detective story.

However, I found that the murder mystery part of this book felt quite shallow. Ivy was supposedly hired to solve a murder, but instead spent a lot of time getting drunk, going on dates with the teachers and moping about the relationship she has with her sister. It just seemed that the detective elements were relegated to the background so much that when they did reappear they felt like afterthoughts rather than the key part of the plot that they should have been. It also made Ivy feel unbelievable as a character.

Her actions kept being inconsistent and, although this might fit with an almost alcoholic down-on-her-luck detective, it never felt quite right here. Throwing in an odd side-line story about a chosen one just tipped it over the edge in terms of believability and, although that story wasn’t quite the usual take on a chosen one theme, it just felt like one trope too many to allow me to suspend my disbelief and throw myself into this book.

Ultimately, I thought this book was an OK read but at the same time I was disappointed that it didn’t deliver what it promised. The setting was good, the story was OK and there were some beautifully described bits of magic, but there wasn’t enough murder mystery or character depth to really satisfy me. 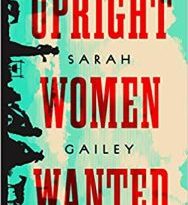 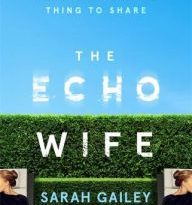