Coming from Canada, ‘Lost Girl’ is apparently a successful TV series which is now into its third season. It has been shown around the world and on, I believe, Sky Television in the UK, so it already has a track record of some merit. What’s on offer in this package is the first season on DVD, all 13 episodes with a total viewing time of 550 minutes. First appearing on television in 2010, it’s easy to see that it is clinging on to the vast amount of media in recent years concerning vampires and werewolves. The list is endless and it includes movies, books and music. It’s got a 15 rating and that, without too much ambiguity, is probably the target age. Yes, this is teenager stuff and, when seen in this light, it’s really very good!

Throughout fiction we’ve seen plenty of characters taking a lonely path through life being neither one thing nor the other. Mr Spock was half-human and half-Vulcan. Blade was between vampires and humans. Even the Incredible Hulk was a bit mixed up. Another endless list! Creator Michelle Lovretta must have thought for a while, considering all the groups of mythical creatures which haven’t been exploited recently as regarding TV series and came up with the Fae. Basically this refers to various fairy creatures, elves, goblins and other oddities quite common in folklore and ‘Lord Of The Rings’ literature. Apparently, she would have us believe there is an entire society of them out there, with super-powers that can outmanoeuvre humans at every turn, concealed with them the fabric of our existence.

The main character is Bo (Anna Silk), an attractive woman trying to stay anonymous in the world, living a life that has no roots. She is a rolling stone, which would be a way of putting it. The story goes that she was brought up by human parents and considered herself to be an ordinary human except that on her first sexual encounter, the pure chap was knackered to death. She drained all of the life out of him. It must be said that although there are references to sex in the series, this isn’t pornographic stuff and everything is done in the best possible taste, commensurate with a teenage audience. Progressing through life thereafter, Bo did the same thing over and over again, making her choose a lonely path with no permanent relations of any type.

Killing off partners by the dozen is not all that user-friendly but she is portrayed as a nice person, despite mass murder, because the men are all portrayed as sleazebags, especially the victim in the first episode. These are not proper moral grounds for killing because if the same guidelines were maintained, half the male population of the planet would be wiped out. She is also a modicum dishonest by cheating waitresses, likely on a minimum wage, and using mind-bending methods to dupe unsuspecting humans. In all probability, she would be a target for extermination but that’s not the way she is portrayed. After an encounter in a bar, she meets up with a waif human stray called Kenzi (Ksenie Solo) with habits that include pick-pocketing and it isn’t long before the two become united in crime.

It finally dawns on Bo that there is something not quite right about herself but I begin to wonder why it would take twenty-eight years of existence to come to that conclusion. Maybe she wasn’t very bright but that’s not the way she comes across. Anyway, to cut a long story short, she meets up with two policemen, Dyson and Collins. Not quite Starsky and Hutch, they nevertheless appear to have super-human properties. Dyson is not the vacuum cleaner you would expect. He is a wolf.

Bo meets up with the other Fae, has to go through a rather gruesome initiation ceremony where she fights a grotesque warrior and cuts out his tongue, and is rescued by Kenzi, so making the latter a close friend. It transpires that the Fae are divided into two groups, the dark and the light, and they don’t get on together. Currently, they have a truce. Should they go to war, it would ruin the planet and kill off all mankind. Making a choice between the two sides was difficult for Bo, so she decided to steer a middle path.

At this point in the proceedings, it would have been a good idea to conjure up a government department at war with these people, something like ‘The Men In Black’, chronicling their efforts to combat the threat to humanity. Instead, Bo begins a quest to discover her true identity. As she progresses through each episode, small amounts of information are gradually produced. Her origins are mysterious but the revelations become tedious, predictable and time-consuming.

On the plus side, the acting is very good and it is a fairly polished presentation. The criticisms made above come from a miserable old beggar (myself) but the show was never intended for somebody like me. This is a fashionable TV series for much younger people and indeed, when I gave the disks to the seventeen year-old daughter of a friend, it was very well received. ‘Lost Girl’, as mentioned, is into its third season so it can’t be bad. They don’t make expensive television nowadays unless there’s going to be a good return. If not, it’s usually cancelled after the first season.

So, for its intended audience ‘Lost Girl’ is something rather special. Already successful on TV, the DVD package opens up a new audience, one not familiar with its limited exposure on Sky. Although it has previously been available as an American import, this version is for British and European audiences and the price for the package is quite reasonable. I can imagine this being a success and it will be no surprise when the second and third season are released on DVD as well. 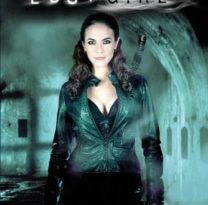 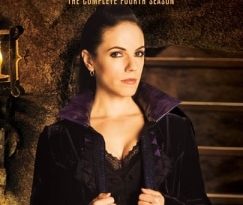 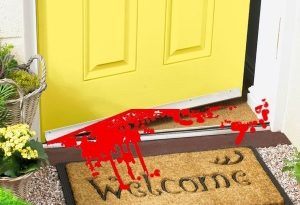