For its 10th anniversary year, the festival is in a new location and promoting a new mission – that “Comics can Change the World”.

The family-friendly festival will take place across a number of venues in Bowness-on-Windermere, all within close walking distance and accessible by train, bus and bike. 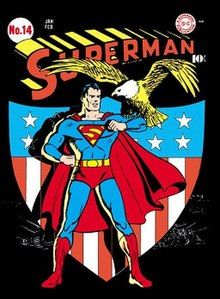 Guests at the Festival include Guardian cartoonists Martin Rowson and Posy Simmonds, Eisner Award–winning Alison Bechdel, author of The Secret to Superhuman Strength, The Simpsons artist Bill Morrison, plus Steve McGarry, one of the film artists from the Minions movie, plus Charlie Adlard, artist on The Walking Dead comics – and some superhero comic artists who certainly know their Spider-Man from their Catwoman!

The Festival will open with a “Comics on Comics” event, combining comedians with comic artists, with guests Charlie Higson (who writes comics as well as TV shows, books and more), Adele Cliff, a panellist of Battle of the Superheroes at the Edinburgh Fringe, and Lucy Porter, a comedian who, apparently, needs convincing comics are really good!

Festival venues include The Old Laundry Theatre, Windermere Jetty Museum and The Lakeview Comic Marketplace at Lake View – a lakeside bar and restaurant with nice views.

There are various things to see and do for free – or you can buy a pass to access all their premium events.

Julie Tait, Festival Director noted, “We are putting the lake into the Lakes International Comic Art Festival for our tenth year. Many of the venues overlook the stunning waters of Windermere and we are delighted that over 100 guests and exhibitors will be with us to celebrate the amazing world of comics and comic art. Comics play a vital role in boosting literacy, telling new stories and tackling the biggest issues of our time. I’d urge all lovers of art, literature and culture to come down and find out how comics really can change the world.

“The Festival programme includes live drawing, creative workshops, talks, presentations, a comics market place, debates, cartoonists, satire, exhibitions and some of the most amazing comic artists from across the globe. The Festival also brings a comic art trail around Bowness and a reinvigorated crazy golf course full of cartoon characters! You can even enjoy the warmth of our Finnish sauna by Windermere which includes some fast and hot events.”

More details of events, exhibitors and festival pass tickets, and programme are available at www.comicartfestival.com