Contrary to the title, ‘It’s Not Rocket Science’, Ben Miller’s book covers a lot of rocket science, especially in the final chapter. Then again, all the sciences are involved in rocket science. In many respects, this book is using Miller’s way of talking and metaphor to explain the basics of science in a more down-to-earth manner than the other science books I’ve reviewed here.

As he explains in his intro, Miller was all prepared to become a scientist but in his last year at university but got side-tracked into writing comedy sketches and went into that media instead and more recently, playing the head honcho on the ITV SF series ‘Primeval’ amongst other credits. I suspect the offer of a book deal came up and this supplied the way to write about his first love, science. Even better, he looks at current developments like the CERN Large Hadron Collider as well as explaining what they are looking for in easy to understand language, dropping in odd facts along the way. For instance, the Boson part of the Higgs Boson is named after the Indian physicist Satyendra Bose who first described them and hands up who thought it was named a nautical term.

There are some things that I wish Miller would have explained in more detail, like why quarks are described in terms of up, down, strange, charm, truth and beauty. Some make sense but I reckon the others will baffle people. If you’re going to pique the reader’s curiosity then things like that deserve an explanation. Then again, it is all too easy to become complacent and forget some readers aren’t going to understand that a ball takes up the least space.

When Miller moves on to evolution, it’s a shame that he leaves the difference between evolution and Lamarckism (that’s an animal like a giraffe getting a long neck by stretching for food in high trees) to a footnote. Which is a shame cos he does explain it well.

I was surprised when describing the carbon cycle that he didn’t have a rabbit eat the dandelion and the fox eating the rabbit rather than having to go off on a tangent to explain foxes don’t actually eat dandelions. Maybe I was too straight-faced.

If you have problems understanding genetics then Miller gives a decent lowdown on the subject. As with all these science subjects, I’m pretty conversant with them and whereas other authors go into Mendel’s theory, Miller chooses to explain it in terms of human genetics which must mean more to you than growing peas.

One of my first lessons at secondary school was my science teacher reminding our class that cooking a cake was conducting a transformation of raw substances into something else as basic chemistry. Granted he was describing a fruit cake but Miller does the same thing with a sponge. As a diabetic, this one is definitely out of my province but he details how to make a decent sponge by giving the mixture a good stir if you’re inclined to make one.

Something that I wasn’t sure where Miller stood was on global warming. Yes, I grasped the effects of sunspots and radiation and periodic ice ages, but he doesn’t dwell much on the fact that it is the damage to the ozone layer that is a manmade phenomenon.

Probably the biggest bee in Miller’s bonnet – which I’m sure he looks very pretty in – is being at dinner parties and pooh-poohing people who think Man has never been to the Moon and that it was all faked.

Contrary to some of my criticisms, there is a lot of interesting material about science subjects here. Whether Miller’s own fans or just general readers will pick up the book remains to be seen. Miller himself says the book was never intended to be comprehensive but to cover the subjects that he has the most interest in. No doubt this will leave room for a sequel. In the meantime, if you’re still shy of understanding science in layman’s terms, then maybe this will help you put it in context to reality. 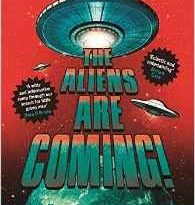 The Aliens Are Coming! by Ben Miller (book review). 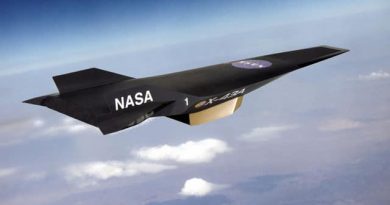 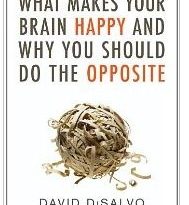