The struggles of a sisterly connection are put to the test in symbolic darkness during a massive, freakish power outage in director Patricia Rozema’s intimate, gripping and quietly thoughtful post-apocalyptic drama ‘Into The Forest’. Academy Award-nominees Ellen Page (‘Juno’) and Rachel Evan Wood (‘Thirteen’) are the cinematic siblings in Rozema’s (‘Kit Kittredge: An American Girl’) meditative, tension-inducing tale about the futuristic flirtation with global panic and disillusionment when the world faces the possibility of a modern-day meltdown in technological dependency. In short, ‘Into The Forest’ is a low-key character study touching upon not only the survival of the deteriorating societal elements but also the bond of sisterhood glued together by faith and fear under dour circumstances. Rozema’s unassuming yet disciplined direction and thought-provoking script creates a low-toned ‘end-of-the-world’ cynicism that psychologically works in her minimalist melodrama. Also, the film’s leads in Page and Evan Wood provide a heavy dose of believability as the periled sisters trapped in the unpredictable confines of the ominous and isolating Canadian woods out in the middle of nowhere as the world-wide woes of a collapsing powerless predicament threatens the global community. Rozema does an admirable job of establishing layers of disorientation on both a collectively worldly scale and smaller, personalised scale for its clingy siblings-in-distress. ‘Into The Forest’ truly resonates when the audience is forced to realise the frightening footsteps of its sisterly protagonists facing the mental and emotional scrutiny of their jeopardised existences.

Convincingly atmospheric and contemplative, ‘Into The Forest’ manages to be chilling without being over-exaggerated and clichéd as one might anticipate in the routine doomsday dramas looking to exploit its nightmarish nuances. The film, as mentioned previously, is set in the near future where sisters Nell (Page) and Eva (Evan Wood) along with their father, Robert (Callum Rennie), reside in an expansive house in the woods located in the Pacific Northwest. The narrative wastes no time setting the foundation for its percolating premise when the loss of electricity causes an obvious impact of the uncertainty, stranded out in the broad rustic boundaries without the immediate access to the daily and crucial amenities needed. Nell and Eva come to the realisation that the power may not be restored at all. As a result, the starkness and disbelief elevates as the young women must confront the harsh realities as their supply of food and other necessities are diminishing day-by-day. Thus hopelessness, haplessness and helplessness start to rear its ugly head for the unsteadiness of Nell’s and Eva’s fragile sanity.

Rozema uses ‘Into The Forest’ as an effective landscape for the self-examination of how civilisation can easily unravel in a moment’s notice. The commentary is not lost on the complacency, indifference and arrogance of mankind taking for granted the gift of planetary conveniences, whether naturally conceived or technologically enhanced. Perhaps ‘Forest’ is not as deep-seeded in traumatic forethought as one might expect but it certainly feels uplifting, genuine and insightful in its message of human despair predicated on a colossal whim of chaos and destruction. ‘Forest’ is unflinching and reflective and clearly shows an edginess and eloquence that is not easily associated with the typical fear-the-unknown fables that are cranked out of Hollywood with bored redundancy. Thankfully, talented performers such as Page and Evan Wood are able to convey that sense of vulnerability that triggers a realistic concern to comply with the film’s haunting, creepy theme.

Canadian filmmaker Rozema is no stranger in presenting prickly and complex women in transition of a reactionary canvas of feminine growth and self-discovery. Previous Rozema-helmed film projects such as the aforementioned ‘Kit Kittredge: An American Girl’ from 2008 and debuted feature ‘I’ve Heard The Mermaids Singing’ (1987) demonstrate the similar traits that embodies the determined spirit and inner doubts and dilemmas of ‘Forest’s harried heroines searching for comfort in the eye of threatening madness. Hence, Page and Evan Wood aptly carries the skillful angst and anxieties on their burdensome shoulders in Rozema’s resourceful character-driven showcase of a crumbling and catastrophic World Order.

Undoubtedly, ‘Into The Forest’ marches into the wayward woods of darkness in what amounts to be a surreal, disastrous fairy tale tainted in psychological turmoil. Let’s say that the likes of ‘Little Red Riding Hood’ have nothing on the exposed turbulence of ‘Forest’s sisterly dystopian divas in Page’s Nell and Evan Wood’s Eva.

Directed and Written by: Patricia Rozema 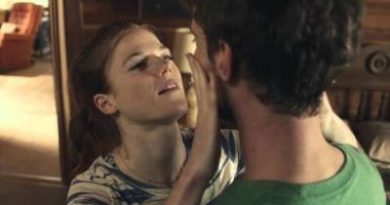 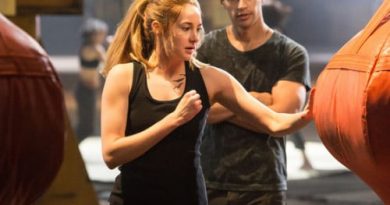 One thought on “Into The Forest (film review by Frank Ochieng)”