Illustrators # 7 is dominated by fantasy art this time and across a wide-spectrum from the serious to the downright funny. As with many of these artists, you might not know their name but you probably come across some of them.

Take Alan Lee for instance. He worked with Brian Froud on ‘Gnomes’ and then illustrated the ‘Lord Of The Rings’ trilogy. Prior to that he illustrated the covers of several of Fontana’s ‘Great Ghost Stories’ book series. Throughout his sketches and paintings here, he demonstrates a light touch which is immediately thrown when he does landscape and water bringing it to life in an effective manner.

As much as Lee’s work could be called stylised and once recognised would spot again, Bernie Fuchs paintings verge on blurry until he does close-ups and take a life of their own, letting the eye fill in the detail. When you consider he is often commissioned to paint really large scenes, I suspect seeing them shrunken down, even to a magazine of this large size, you probably aren’t seeing them at the size they were intended to be. There’s a rule of thumb with any painting and that’s to look at them at different distances so you can take in what the artist had in mind. That also comes through when doing any painting yourself. I find holding a painting I’m working on up to a mirror will often give me the right distance to see it as other people would.

John Vernon Lord’s work is a cross between underground comics and Heath Robinson comedy painting and yet when he wants to can also do fantastic line inked work. If you’ve ever done cross-hatching with any illustration, then you know it’s a time consuming amount of work. Lord makes his cross-hatching totally stylised in all manner of ways.

Leif Pang goes more for the more comicbook orientated look. It was rather weird seeing him simplify his drawing once he’d scanned it into his computer to colour it. Much of his work is more animal comic style.

‘Illustrators’ becomes more fascinating with every read and being able to see how these artists do their work should be of interest to all of you who are inclined that way. 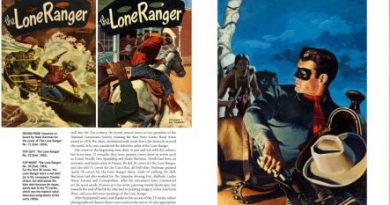 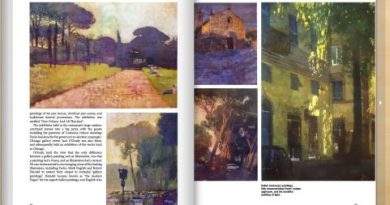 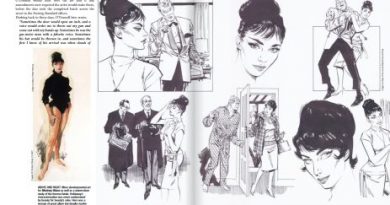