Skip to content
You are here:Home » How to construct a real engine based on the Warp Drive from Star Trek (science video).
Science
December 18, 2022 ColonelFrog Warp Drive 2 min read
440.5k
SHARES
ShareTweet

A real-world equivalent of the Star Trek Warp-Drive was described by scientist Miguel Alcubierre about 30 years ago, but it needed elements that don’t yet exist. Dr. Greg Hodgin joins us today to talk about a novel warp-drive design strategy that could make the aspiration of FTL travel feasible with current technology.

Dr. Hodgin is the founder and executive director of ZC Institute and Peacebuilding Solutions. He founded the ZC Institute with the aim of creating the first warp-drive in the world after being motivated by a peer-reviewed 2020 study that showed that a certain kind of “warp-drive” is possible with modern science and engineering.

Now, I know what you’re thinking. “Warp drive? That sounds like something out of a cheesy science fiction movie!” Well, let me tell you, it’s not just a figment of some Hollywood screenwriter’s imagination. The Alcubierre warp drive is a real, scientifically-theorized method of propelling a spacecraft faster than the speed of light. Yes, you read that right. Faster. Than. The. Speed. Of. Light.

“This all sounds great and all, but is it even possible to create a warp bubble and manipulate spacetime like that?” Well, the jury is still out on that one. While the Alcubierre drive has been shown to be theoretically possible according to the laws of physics, there are still many challenges to overcome in order to make it a reality. For example, the amount of energy required to create and maintain a warp bubble is mind-bogglingly enormous, and we currently don’t have the technology or resources to harness that much energy.

But hey, don’t let that get you down! Just because we can’t build a warp drive yet doesn’t mean we never will. Who knows, maybe one day we’ll figure out a way to harness the power of dark energy, or find some other way to overcome the energy barriers standing in our way. Until then, we’ll just have to content ourselves with more mundane methods of space travel, like chemical rockets and ion propulsion.

So there you have it, folks. The Alcubierre warp drive: the ultimate solution for all your cosmic travel woes. It might not be possible yet, but just think of the possibilities! Imagine being able to travel to the farthest reaches of the universe in a matter of minutes, or even seconds. The possibilities are endless, and the future is bright. Or at least, it will be once we figure out how to build a warp drive. 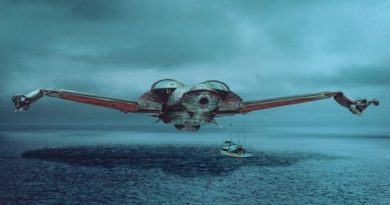 How we built a real alien starship detector by ‘mistake’ (science news). 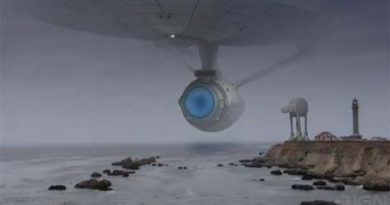 Warp speed five? What exactly is the status of a real world warp drive? (science video)