When me and Rosie Oliver decided we wanted to explore more of Gollancz SF Masterworks, I suggested she tried some James Tiptree Jr. aka Alice Sheldon (1915-1987), as she hadn’t read her. Then I forgot, I’d also included her in my own choices simply because I hadn’t read that many of her short stories. Hence, we’ve accidentally done two reviews, in case you wonder at how these things happen, although we have two different outlooks on her material. 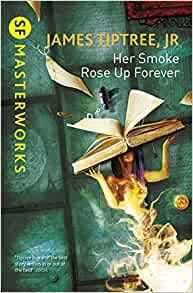 One thing I thought lacking from this book is the indicia copyright releases of these 18 stories to put them in context. It wasn’t until I nearly finished the book, I found them hidden at the back of the book. Most of the stories come from the 1970s which should put things into context.

The first few stories, although well-written with interesting ideas don’t necessarily dwell so might be from her early career. People often wonder how neo-authors get into print. Often it isn’t the quality of the material alone but simply being in the right place at the right time to get that initial break and then holding on to it to build a career. Sheldon used the Tiptree alias because she was working in the American government and didn’t want her bosses to know she was moonlighting and making a point about sexist assumptions.

The fourth story, ‘The Girl Who Was Plugged In’, begins to hit the stride when a damaged woman is offered a second life by being able to take over a second body and a new identity. Her new boyfriend doesn’t know what is going on and things turn when he finds out. Retrospectively, I think it would have needed another polish but, in her day, it was probably quite revolutionary. Also keep reminding yourself that Tiptree’s real sex wasn’t known at the time and so many male SF writers really did think she was a man. I think that still happens today. How many of you make assumptions about a writing style simply by looking at who wrote the story?

The fact that Tiptree could write well isn’t under dispute. Having that jump-up with better ideas is a lot tougher. Her ‘Houston, Houston, Do You Read?’ has three astronauts propelled into a future where men have been wiped out by disease and the women relying on cloning, slowly revealed on-board the rescue spacecraft. The attempted rape by one of the men is truly worrying and the use of bad language makes me wondering who published it in its form here. I checked up on its original release of 1976 and it won both Hugo and Nebula Awards which should tell its own story. I do suspect it reaffirmed the belief that Tiptree was a man as women weren’t likely to use such language. ‘With Delicate Mad Hands’ also demonstrates similar tags and even re-enforcing the idea that women astronauts were there for sex as well as other tasks.

Something I hadn’t realised was ‘We Who Stole The Dream’ details human abuse of aliens hitting on, literally, two different species. It’s not nice but needs to be recognised.

The story ‘Slow Music’ builds a picture of a world of man as drifters and women needing to procreate to populate, relying on pills to increase fertility. Giving some of the animals a limited ability vocabulary enhances the otherworldliness of the unnamed planet.

Not all of these eighteen stories are going to appeal. If you’re a reader who likes good writing regardless of ideas then you’ll be right at home. When Tiptree hits home with good ideas and mood, then she is at the top of her game. 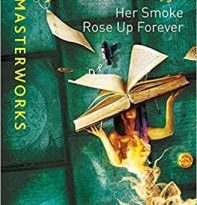