‘Heart And Soul’ concludes the epic story which began in ‘Heart Of Light’ and continued in ‘Soul Of Fire’. As I read these some time ago and have read a lot of other stuff in between, it was confusing at first but this is often the way with trilogies. Really the best thing is to wait until they’re all published and read them at once but then the author would either go broke or get disheartened because no one had bought book one and wouldn’t bother writing books two and three. There would be no more trilogies! I am not altogether sure this is a bad outcome. To be fair, I’ve quite enjoyed ‘Heart And Soul’ and to make things easier Hoyt gives us a nice plot summary on pages 17-18 so one’s confusion is blessedly brief. The way it happened was like this: two jewels form the eyes of the oldest avatar of mankind, which is located in a village in Africa. An avatar is an incarnation or embodiment of a person or idea or the manifestation of a deity in bodily form on Earth. The jewels held all the magical power of the world. When Charlemagne sent an envoy to steal the jewels, the rotten swine only managed to get one, but that was enough to give the Emperor power over all Europe. Several centuries later, the magic power is diluted and dispersed through his descendants, the ‘nobility’ of Europe. Nobles being what they are, it has been further diluted through illegitimate offspring and now many people have a bit of magic power. Queen Victoria of England is dying and wants to get all the power back in her own hands and so sent agent Nigel to Africa to get the other jewel.

This next bit spoils the first two books so skip it if you want to read them first. Nigel discovered that his Queen was up to no good and teamed up with Peter Farewell to keep the jewels safe. Nigel gained the Heart of Light and his friend Peter went off to India and procured Soul of Fire then handed it over to his chum to take back to the Africa and hide. Nigel is on a mission to do this when dastardly Chinese pirates descended from an ancient emperor attack the carpetship he is piloting.

Carpetships are flying carpets which support the apparatus of a ship, be it merchantman, cruise liner or whatever. The pilots need magic to fly them so most pilots are disgraced nobles who have fled England because they got the scullery maid pregnant or their gambling debts caught up with them. A bad bunch generally but the job is good cover for Nigel. To complicate matters, there are were-persons – were-dragons, were-foxes and so on – who are powerful but generally shunned. There is a were-hierarchy. Dragons are at the top but sly, tricky were-foxes are not well regarded. I suppose were-rats are bottom of the heap but there are none here to judge. All in all, it’s a clever and well wrought fantasy setting.

Furthermore, the Dragon Emperor, the rightful ruler of China, has just died. He was currently chief of a bunch of pirates but he was also a mighty were-dragon. His son and heir is an opium addict. But the Dragon Emperor also had a daughter, Red Jade, the result of a dalliance with an English concubine captured in a raid on a carpetship. Red Jade teams up with the son’s third wife, Third Lady, to try and restore the dynasty to the throne usurped long ago by others. Meanwhile, the evil Zhang, the late Emperor’s top official, seeks power for himself.

‘Heart And Soul’ passes the time pleasantly. The adventures of Red Jade, Third Lady and Nigel are well told. The story is narrated from their points of view, using the classic technique of a chapter each so that at a moment of crisis we skip to another viewpoint and come back later. I particularly enjoyed the descriptions of the Chinese Hell. As in the previous two books, there’s quite a lot of love interest but it’s not overdone and Sarah A. Hoyt is a girl, after all. They are romantic, you know, and a lot of them read fantasy fiction and like that sort of thing. 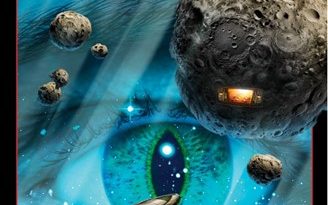 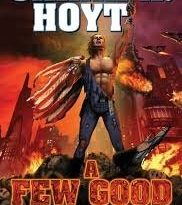