In many respects, ‘Guardians Of The Galaxy Vol. 2’ has a hard act to follow and that is ‘Guardians Of The Galaxy’ which doesn’t have a volume number. In some areas it is likely to fall down in and I guess having happy music throughout would be the biggest criticism. In the audio commentary, director James Gunn says he didn’t want to repeat the music of the first and this tape is from Quinn’s life as a teen-ager. Even so, you do have to ask who recorded it for him as it couldn’t have been his father.

On a mission to save the Sovereign from an interplanetary creature, the Guardians Of The Galaxy achieve this and their award is to take their captive Nebula but then Rocket thieves some batteries and upsets the Sovereign, who send multiuse of automated avatars to send after them. Fortunately, they survive only to be joined by the alien Ego (actor Kurt Russell) who tells Peter Quinn (actor Chris Pratt) that he is his father. Leaving Rocket and Groot with the captive Nebula (actress Karen Gillian), Quinn, Drax (actor Dave Bautisa) and Gamora (actress Zoe Saldama) accompany Ego and Mantis (actress Pom Klementieff) to Ego’s planet. They are befriended but there are hidden secrets. What they don’t know is the Ravagers are contacted by the Sovereign leader Ayesha (actress Elizabeth Debicki) to capture them and Yondu (actor Michael Rooker) turns on his own people and becomes a prisoner along with Rocket and Groot. Did I say Nebula also turned on them? Getting spoiler, folks.

More so on Ego’s world. If you know your Marvel Comics, then you should know what is going to come next. I should point out that it was a surprise to Quinn, more so as to what he was born to be. It’s not nice and we are in spoiler land.

It’s hardly surprising that this film is effects-laden. It doesn’t quite swamp the cast but that’s helped along by their performances and a change in their alliances. I suspect it will take a couple more viewings to look for any peripheral action. Some, like a certain duck, is easy to spot and Groot steals the film as always.

The one thing that you are most likely to come away from this film with is that the Guardians are becoming too invincible. Not at a cost and it’s their own weakness, like theft, that tends to keep some of this in check. If anything, they are far more mercenary than strictly do-gooders but I guess even they have to eat. That’s not to say things don’t come with a price but I hope the third film brings things down to less than cosmic proportions.

I love the end credits. Apart from several statutory clues as to what is to come, there are small cameos along the way. I am Groot. To make you pay attention in case you miss anything.

You only get extras with the blu-ray version. The audio commentary is with writer/director James Gunn covers a wide range of subjects. Where do I start? I’d love to know how he becomes friends with so many people and how he organises his parties so as not to leave anyone out. His preference for musical scoring the film before filming is probably against the way other directors work but he has the pace down in the storyboards which must please the composer although it must be a tough edit. It’s also apparent that Gunn relies on relationships within the film as the foundation of the film so it’s bound to change in each one. There’s a lot of other information but worth a listen.

The combined 37 minutes of ‘Featurettes’. The first looks at director/writer James Gunn and how he works with the cast. Seeing how the effects are put together is obviously one of my most insight watches.

Loved the gag reel, more so as it shows Kirk Russell can’t tell the difference between Star-Lord and ‘Star Wars’ and Sylvester Stalloon’s difficulties with pronouncing Ravagers.

Only 5 minutes of out-takes but material would have to be limited knowing the amount of effects. Seeing the arrival on Ego’s Planet with limited effects is interesting in showing the difference in detailing the CGI.

Given the choice, then because of the extras, I would go for this version again although it’s a shame that the DVD has the better cover. The film definitely needs a couple more viewings to take everything in which shouldn’t be a surprise. 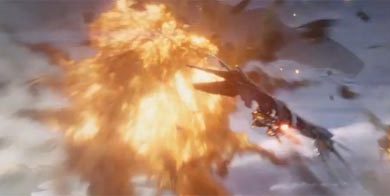 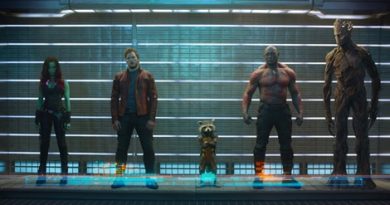 Guardians of the Galaxy – first pic from new Marvel movie. 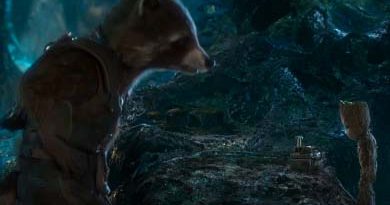 Guardians of the Galaxy, Vol. 2 DVD gets a freaky disco trailer.