Following on from Godzilla and Kong Skull Island comes Godzilla: King of the Monsters, the next chapter in Warners’ MonsterVerse, an adventure that pits Godzilla against various monsters from pop-culture.

The new movie follows the efforts of the crypto-zoological spy agency Monarch as it tries to save the Earth from environmental devastation.

The cure for which – apparently – is faceing off against a cast of super-sized monster baddies, including Godzilla, who himself takes on Mothra, Rodan, and his ultimate nemesis, the three-headed King Ghidorah.

Well, I’m sure it’ll make sense when I see it.

Godzilla King of the Monsters (trailer 2). 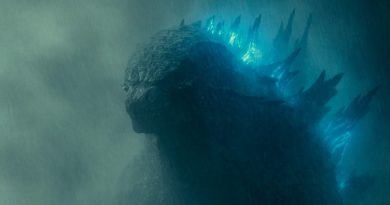 Godzilla King of the Monsters (trailer 2).