‘Gemina’ is book two in ‘The Illuminae Files’ series, which is to be completed with ‘Obsidio’. 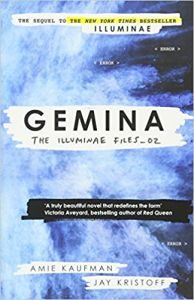 In this book, we’re following different characters to book one, ‘Illuminae, but this is a companion novel to the things happening in there. Hanna and Nik are two humans living on the jump station Heimdall where they have an incredible amount to deal with along with being your average teens in space. Their home is being attacked by alien predators and there are some space assassins trying to kill those who escape the aliens.

The wormhole at the centre of their home, which allows ships to jump from Heimdall across the galaxy, is breaking down and threatening to rip a hole in the space-time continuum. There is no spare second for them to get together as they are constantly having to save themselves and everyone else on the space station. As you can see, they have a lot to cope with, but they can do it, can’t they? Well, I’m guessing it all doesn’t turn to rubbish or there wouldn’t be a book three!

As with book one in this series, ‘Gemina’ is told in mixed media so you get some reports, transmission transcripts, IM chats, transcribed surveillance footage (along with snarky notes from the transcriber), handwritten notes and drawings, etc. Also, as with book one, this does all feel very odd to read and you would think you wouldn’t get to bond with the characters well, but I’ve found with both books that this is not the case. I really learnt a lot more about these characters through this odd way of reading and it turns out I really love mixed-media books.

In book one, we heard a little about the jump station Heimdall, but now we get to learn a heck of a lot more about it from those higher in the hierarchy like the captain and his daughter, Hanna, down to the slightly grubbier elements like Nik and his drug dealing family. We also get insight into a lot of other characters as they pop up and you really do bond even with this side characters. I may have gasped and cried a little at certain sections of the story. Even characters, like the person who types up the video footage transcripts has a personality of their own, but to be fair, they do have to watch some pretty horrific stuff!

‘Gemina, much like book one, really does not let up at all. You are just dragged along from one scene to the next wondering what on earth or in space I suppose can go wrong next. At one point, I was reading this and had to have it removed from my hands just so I could get some sleep! This does not suffer from book two syndrome in any way, it is just as good as book one in my mind and I cannot wait for book three, ‘Obsidio’, to arrive in my hands. Oh and when it does, please do not get in between me and it or I cannot be responsible for my actions.

My only real issue with this book is that ending, I found myself a little confused but I’m really hoping that book three will clear everything up. Come on book three! 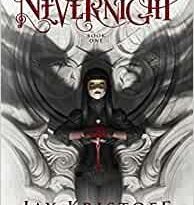 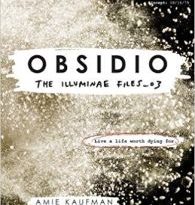 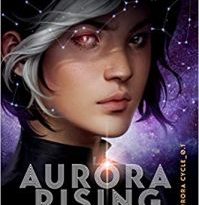