It’s very sad to hear that Gareth Thomas is no longer with us but long live Roj Blake who bestrode the TV screen in the late seventies teaching us all to be rebels. Being a teenager and Science Fiction fan in the 1970s meant there was little to cling to and some the chance to escape to the stars made life just a bit better. Gareth would be the subject of much excitement and, no doubt, gossip these days as celebrity culture has changed so much but, back in the 1970s, he was just the actor in the batwing jacket who happened to be the leader of the insurgents against the Empire. ‘Blake’s 7’ was the cheap and cheerful response to the ‘Star Wars’ phenomenon, created by ‘Doctor Who’s own Terry Nation it was a rather darker vision of the future with overtones of Orwell’s 1984 and other dystopian society

Let us not underestimate the legacy of ‘Blake’s 7’. The story of Blake and his mismatched companions who reluctantly join him in his one-man crusade against oppression. Gareth Thomas gave the character some quiet determination. His sibilant Welsh tones rounded out his character grounding it very much within our nation. He did not play the typical hero and. on occasions. was not even likeable.

Set in future times, this was not so far removed from the other conflicts within British society as the time of transmission was not coincidental. A large amount of industrial action grew progressively worse and eventually helped bring down the UK’s Labour government ushering in monumental changes to society through the 1980s. Looking back now, it seems obvious that Blake was the original man of iron standing up for human rights but, to me, he was just a bloke having a great time on a spaceship.

Recently, I was lucky enough to listen to him revisit Blake in the series of audios by Big Finish called ‘The Liberator Chronicles’. Once again, Gareth Thomas inhabited the character of Blake and took us through a series of adventures set within the same time periods of the original series. The audios filled in a few gaps and offered a tantalising glimpse of just how ‘Blake’s 7’ could have developed in different times.

Gareth Thomas will always be Roj Blake to me, despite only appearing in the title for the second two series. Of course, he took other parts and, whenever he popped up on screen, he brought back memories of this great show. Farewell and safe journey. 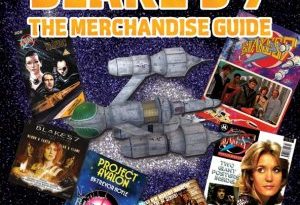 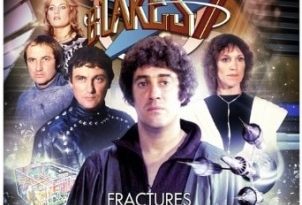 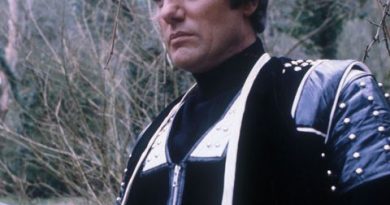