If human population growth isn’t controlled, we will eventually run out of space on Earth. As the global population continues to grow, we will dedicate more and more land to agriculture and urbanization, which could lead to the destruction of natural ecosystems and a loss of biodiversity. One solution to this problem is to create more living space by establishing habitats on other planets, such as Mars. This is a real potential project that has just been the subject of a science paper over at Cambridge.

However, creating a habitable environment on Mars is no simple task. The planet is currently inhospitable to life as we know it, with a thin atmosphere, extreme temperature fluctuations, and high levels of radiation. In order to make Mars a suitable home for humans and other species, we would need to figure out how to create essential ecosystem services on the planet, such as oxygen production and water purification.

In the short term, a more workable option may be to create contained environments on Mars that can support Terran species. These environments could serve as “proof of concept” for larger-scale terraforming efforts, and could provide valuable insights into the challenges and opportunities of creating extraterrestrial ecosystems. One idea for a contained environment on Mars is a “forest bubble,” comprising a contained, old growth forest ecosystem.

This forest would serve as an extraterrestrial nature reserve, providing a psychological refuge for humans and serving as a botanic garden for useful plant species. The forest would also provide vital ecosystem functions, such as oxygen production and water purification. It could support a diverse array of plant and animal species, including trees, shrubs, grasses, and other vegetation, as well as insects, birds, and other animals.

The design of this Martian forest would have to consider the unique environmental conditions on the planet. For example, the local temperature and atmospheric conditions on Mars would likely affect the species that could survive there. Additionally, the forest would need to be designed in a way that allows for the closed-loop recycling of resources, such as water and nutrients. Despite these challenges, it is possible to imagine a diverse assemblage of organisms that could form a functioning forest ecosystem on Mars.

Creating a forest on Mars would have many benefits for both humans and other species. It would provide a unique opportunity to study the growth and development of terrestrial ecosystems in an extraterrestrial environment. This could lead to valuable insights into the adaptability and resilience of different species, and could inform future efforts to terraform other planets.

A forest on Mars would support the long-term sustainability of human space exploration and colonization. By providing vital resources and ecosystem services, the forest could help to make human habitation on Mars more workable and self-sustaining. It could also serve as a valuable source of secondary metabolites, such as vitamins, flavors, perfumes, and medicines, that human colonists could use.

The idea of creating an extraterrestrial nature reserve on Mars is not a new one. In fact, it was first proposed in the 1972 science fiction film “Silent Running.” In the film, a group of astronauts are tasked with caring for several bio-domes containing Earth’s last remaining forests, which are being preserved in orbit around Saturn. When the astronauts receive orders to destroy the bio-domes and return to Earth, they must decide whether to obey their orders or to protect the forests at any cost.

While the film is set in the distant future and presents a somewhat idealized version of space exploration and terraforming, it raises many of the same questions and challenges that are being discussed by scientists and engineers today. For example, how can we create and maintain sustainable ecosystems in space? How do we balance the needs of humans with the needs of other species and the environment? And what ethical considerations come into play when we attempt to alter the environments of other planets?

In many ways, the concept of a Martian forest bubble is like the bio-domes in “Silent Running.” Both involve the creation of a contained environment that can support terrestrial life in an inhospitable environment. Both also highlight the importance of preserving and protecting natural ecosystems, and the need for humans to coexist with other species sustainably.

However, the real-life implementation of a Martian forest bubble would be much more complex and technologically challenging than anything depicted in the film. It would require advances in fields such as biology, engineering, and environmental science, as well as a deep understanding of the unique conditions on Mars. It would also require cooperation and coordination among scientists, governments, and other stakeholders from around the world.

Despite these challenges, the idea of creating a Martian forest bubble remains an intriguing and inspiring one. By bringing together the best of science and technology, it offers the potential to create a new oasis of life in the depths of space, and to advance our understanding of what is possible in the realm of extraterrestrial ecosystems.

In the end, the idea of creating an ETNR on Mars is not just about human expansion into space. It’s about recognizing that we are part of a larger, interconnected web of life. We cannot explore space alone, as we have evolved alongside other species and rely on them for our survival. Establishing a forest ecosystem on Mars would be a way for us to extend the reach of life beyond our own planet, and to continue the long history of interspecies cooperation that has allowed life to thrive on Earth. It would be a step towards creating a truly interconnected, interplanetary ecosystem, where humans and other species can coexist and thrive together in the vast expanse of space. 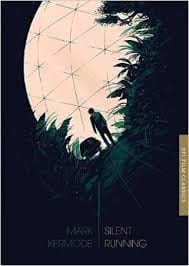