‘Hercules Enraged’ indulges in that slightly silly Marvel stand-by of having two heroes fight each other over a misunderstanding that a pair of sensible adults would have resolved in two minutes. Thor misunderstands that Herc has kidnapped an Asgardian woman. Does he question his trusted old ally about this? Does he give him a chance to explain his whereabouts at the time of the abduction? No! He goes in with fists flying until wise Zeus intervenes. Actually, compared to the ‘All-Wise’ Odin, who normally behaves like a spoilt six year-old, Zeus is fairly sensible. One bonus of this tale is that Hercules hangs out with the Asgardian for several issues, until The Mighty Thor # 239 when he heads for California. Because the magazine is called ‘The Mighty Thor’, Hercules usually looks second best at fighting and has to be saved, too often, by the Thunder God. He’s a more likeable character though. It struck me reading this lot that Thor never smiles, never laughs and his dialogue mostly consists of boasting or ranting about valour and honour. He’s a pretty humourless chap overall.

Never mind. The opening stories are ably pencilled by John Buscema, usually unsuitably inked by Mike Esposito. Buscema’s work varies between good and superb and this stuff seems to be at the lower end of the spectrum. There are double page spreads that don’t really suit his illustrative style. Perhaps he was getting bored after a long run on the magazine. Issue # 227 sees the advent of Rich Buckler on pencils with layouts by Jack Kirby. Unfortunately, Jack Kirby did the layouts several years before on earlier issues of Thor and Rich Buckler copied them. As Galactus, Hercules, Thor and Firelord battle Ego, a living planet gone mad, there is hardly a panel or a pose that is not swiped. To be fair, Buckler is capable of doing good work of his own – see ‘Deathlok The Demolisher’ – so this art is probably evidence of an homage to King Kirby rather than a desperate lack of talent. Opinions vary. Personally, I incline to the homage theory and rather like it in small doses.

Buscema returns with issue # 231 and seems reinvigorated, an impression helped by some beautiful inking from Dick Giordano. Only for a couple of issues, though, and then it’s back to Buscema-Sinnott which means that Big John did the basic drawings and Joltin’ Joe did the finishes. As few can do layouts like Buscema, who is an excellent storyteller, and few inkers are as slick and competent as Sinnott, the end result is lovely to look at. One or the other, probably Sinnott, developed a nice line or blob on Asgardian helmets, making them look very metallic. It’s easy to take this art for granted, page after page, but if you put it next to some lesser work the quality really stands out.

The writing is pretty good, too. Most of it is by Gerry Conway, giving us old favourites like Pluto, Galactus, Loki, Ulik and, a new bad guy in an interesting story, the Dweller In Darkness. Roy Thomas takes over briefly for a tale involving Egyptian deities and then Len Wein handles the last few issues in this volume. His Time Twisters tale was excellent. My only criticism of Wein would be that mighty Mjolnir is not a ray-gun. Too often here Thor points it at people and a blast comes out. Worse, it comes out of the small surface on the side. Historically, I believe, Mjolnir could sometimes absorb energies hurled at its holder and then beam them back at the enemy, said energies being emitted from the top of the hammer where the circle is, in a line following through from the direction of the handle, not at right angles to it. But this was rare. Thor does not depend on ray-gun Mjolnir. He is mighty, damn it! He thumps his enemies so they fly away at sixty miles an hour and crash through a wall in that mighty Marvel manner which is so unlike real life. In real life, if you thump someone you hurt them, which isn’t nice. Often you hurt your hand. What’s worse, they thump you back. Fantasy fighting or ‘action’ is much more fun than the real thing.

Seventies Marvel is seen by some as a decline from the great days of the sixties but I’m not so sure that‘s true. The new hippy writers bought a new approach. Often they had read the old stuff and revived things that Lee and Kirby had forgotten about, like Jane Foster, Loki’s old sidekick Igron and Sif’s transporter powers. Harassed, perhaps, by feminist seventies girl-friends, they tended to give women a stronger role, so Jane Foster becomes more of an asset than a damsel in distress. Conway was making similar changes in ‘The Fantastic Four’ at this time. There’s still plenty of action and dastardly villains but with a new sensibility. It’s ‘traditional values in a modern setting’, as John Prescott MP used to say about New Labour in nineties Britain. 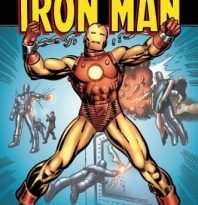 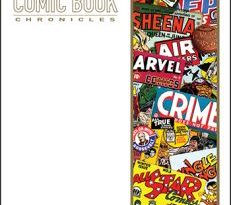 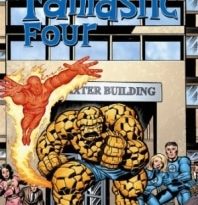