Roy Thomas is great. He slid into Marvel Comics in the mid-sixties and after an interesting stint on ‘The Uncanny X-Men’ brought new vitality to ‘The Mighty Avengers’, aided mightily by the gorgeous art of John Buscema. He was well read in pulp fiction, literary fiction and, most importantly, comics. Finally, in the mid-seventies, he got an extended run on Marvel’s top team, ‘The Fantastic Four’, and showed what he can do in a series of multi-part stories that are gathered together in this black and white reprint edition. First he did Arkon, an old Avengers villain, in a clever multi-dimensional story with a complex plot. Pretty good, though I’ve never been crazy about Arkon. Next, Roy demonstrated his love of Golden Age heroes by reviving an old one as the Crusader, a powerful and vengeful youth. The Golden Age, for those of you not familiar with comic geek terminology, was the forties, when super-heroes first exploded into popular culture. The Crusader story was illustrated by ‘guest artist’ George Perez who does fine pencils. The lovely work of John Buscema and the stylised art of Rich Buckler also feature in this volume. They’re all easy on the eye.

Next, there is a two-part story in which the Thing teams up with the Hulk. George Perez is labelled ‘guest artist’ again and his work is inked in the first episode by Vince Colletta, an old pro frequently maligned but whose fine line style lends to some work, as here, a certain je ne sais quoi, though I don‘t know what it is. As a consequence of the encounter with the Hulk, Luke Cage, Power Man is hired by the FF for a while and helps them against the Wrecker, an old Thor villain, and I’m-not -going-to-say-who, a very old FF villain.

At around this time in the seventies, Roy Thomas was re-introducing more Golden Age heroes to the Marvel line of comics, namely the Invaders and the Liberty Legion, in stories set during World War Two. The Invaders were big stars: Captain America and Bucky, the Sub-Mariner and the Human Torch of old, the android version. The Liberty Legion are lesser lights. Inspired by his fondness for these oldies, and perhaps by the Mighty Marvel Marketing Division, Roy forged a cunning plot to have them guest-star in the company’s flagship team magazine. An accident involving Doc Doom’s time machine leads to a pair of King-Size Annuals involving a large array of super-types. The Invaders adventure was pretty good but the follow up story teaming the Thing with the Liberty Legion was stretching the idea a bit thin.

It’s said that a rival comic company frequently used to put gorillas on its covers because that seemed to improve sales. FF # 171 had a golden gorilla called Gorr. ‘Mightier than Kong’, says the caption on a Kirby/Romita cover that harks back to the Lee/Kirby monster books of the late fifties. There are a few Kirby covers scattered through this volume and if the old man was past his best, he was still pretty darn good. Indeed, his cover for the Impossible Man story, a romp set in the Marvel offices, inspired Roy Thomas to make changes to the interior art and write a generous article inside praising Kirby. Clearly he was not too upset by the spoof/satire done of him in Mister Miracle # 6. Kirby also gets to redraw his old creations the Destroyer and Galactus on later covers. Galactus is too big a villain to be over-used but Thomas manages an original twist here and an original solution to the problem of having your Earth eaten.

This hefty volume concludes with the aforementioned Impossible Man romp and the return of the simply Frightful Four, again with an original twist. Roy Thomas is clever. He introduced really long stories to comics with the Kree-Skrull epic in ‘The Mighty Avengers’ and the solutions to problems he comes up with on this long run of stories show that he plans ahead. The last couple of issues are scripted by Bill Mantlo, to give credit where it’s due.

Great stuff and nice stuff, too, from the days before nastiness and gore came to comics. Read it! Its positive vibe may well keep you out of the Negative Zone. 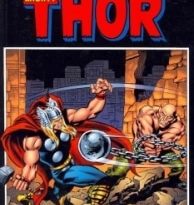 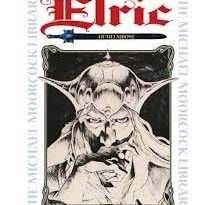