‘Equations Of Life’ by Simon Morden is the first novel in the ‘Metrozone Sequence Trilogy’.

Samuil Petrovitch is a Russian living in a container in a domik at South Clapham. It is where poor people live and he, as a university physics researcher and computer programmer, does not earn that much money. The domiks, heaped blocks of containers, were put up in the Metrozone of extended London post-Armageddon to house refugees surviving a nuclear conflagration that had led among other things to the sinking of Japan. Yes, the whole of Japan! 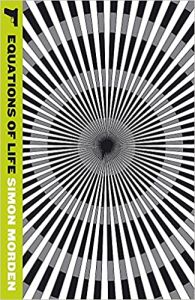 The first thing Sam does is to take delivery of a RAT (Random Access Terminal), definitely of the expensive type which can be put to dubious uses. Immediately, you get a sense that there is more to Sam than he or the author lets on.

When he arrives at Leicester Square, he sees a young woman being kidnapped in broad daylight. It is a professional job, which nobody else notices and he should not get involved. But he does anyway. They run away from the mobsters and end up in a church under the protection of Sister Madeleine, a Joan, a gun-toting catholic nun who is the protection for the priest and church.

The mobsters try to take the young woman. Sam, while having a heart attack from all the running, points out she has for several minutes had her thumb on her pendant, a panic button to call her own security. The mobsters make a run for it only to be mown down just outside the church door. Her security led by Hijo has arrived.

The young woman, Miss Sonja, asks Sam his name. He refuses to give it. She gets Hijo to order an ambulance for Sam before they leave to avoid awkward questions from the police who are on their way.

Sam, as it turns out, has a weak heart and its defibrillator needs reprogramming, a too frequent occurrence. He really should not have saved Miss Sonja. It could cost him his life. The ambulance arrives just in time and it’s an up-market type. His plan to get good medical attention by refusing to give his name had worked.

The nun joins him in the ambulance to rush to the hospital. He asks about his bag that has his RAT in it. She promises she will keep it safe for him. That RAT is very important to him, but we still do not know why.

After treatment, Detective Inspector Henry Chain of the Metropolitan Police asks Sam some questions. Turns out that Sam has got himself caught in the middle of a gangsters’ turf war. One side is Japanese mafia or neo-yakuza, headed by Hamano Oshicora and Miss Sonja is his only remaining child. The other is Marchenko’s organitskaya, the gang who tried to kidnap Miss Sonja. Sam being sensible for once wants no part of it and walks away from both, after he has ordered a new vat-grown heart for himself at the same hospital paid for in cash from a foundation that supplies his scholarship. Really? You know Sam is not telling the whole truth.

He returns to the church only to find the police have taken his RAT away. Sam really has had more than enough for one day. So he pops into his university for food and new clothes. Of course, he can’t help but comment in passing on his fellow researcher’s maths she has written on the whiteboard. Only after their discussion does she tell him the equations are about quantum gravity, which means she is dealing with the theory of everything, the holy grail of modern physics. How does he do everything?

Sam finally decides to travel home. Just one snag, a woman tries to kill him on the underground. Of course, she fails. But as he has to leave the train to be safe from her, he might as well visit Chain in his police station to get his RAT back. There he finds out it was Marchenko who put out a contract to kill him. Chain agrees to use his influence with Marchenko to get the contract removed, but warns orders like that can time to filter down the organitskaya. Sam does the only thing he can, he asks Oshicora to put out a contract to kill anyone who kills him at double the price. This will get the target immediately off his back. Sam seems to know how to deal with gangster warfare. There really is a lot we still do not know about him.

The novel takes many action-packed twists and turns in the turf warfare from here on it. The novel moves from this noir setting of post-Armageddon London to high-octane techno-thriller in a dystopian setting. Yes, we finally do get to find out about Sam’s true background and what makes him tick.

This novel published in 2011 is an alternative world set in 2025, but a lot of its themes have resonance with our world today: the gangland warfare, the contrast between abject poverty and super-rich and the disappearance of green spaces. The way Simon Morden deals with these subjects as part of the normal background and yet makes them relevant to the story is one of the novel’s strengths.

It is a fast-paced action thriller that takes place over a few days. Many of the characters are commonplace in such novels like that gun-toting nun I mentioned earlier, but what makes this novel shine is the way they interact with each other to form an intricate closely-knit plot.

I do have a gripe with this novel, but only a little one. There are quite a few phrases in there that leave people guessing as to what they really mean. Sam uses quite a few Russian phrases without translation that leaves the reader to assume they are swearwords, phrases like ‘chyort’ that actually means ‘Damn!’ There are phrases for mathematical concepts that would go over most people’s heads. They are meant to, but for those mathematicians among us they are used in a plausible fashion in this novel. Still words that a reader does not understand will detract from their enjoyment.

‘Equations Of Life’ is thrilling entertainment at its best in a world that is both familiar and strange, the kind of Science Fiction you can anchor your belief in and yet be whizzed off with a sense of wonder. 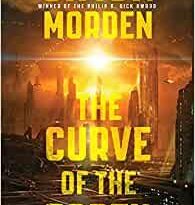 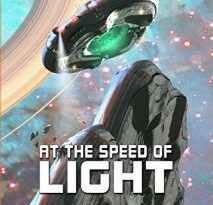