Welcome to the world of Phillip K. Dick as reimagined by the modern world. A conundrum, as it seems Phil invented the way we see the future or our present. It really is chicken vs egg; in this case an electric one. We meet Honor, a Teep, or mind reader teamed up with an agent of the state or policeman. Note that the Teeps live in a grim shanty town. Their shared, almost hive mind, is not a comfortable existence neither, with their obvious facial markings, they are very distinctive. They are set aside from society and distrusted but they could, be useful as the ultimate surveillance tool. An early example shows Honor examining a crowd who may yet become a mob. She touches their minds until she finds the real anger but her mind reading sets off the riot. There are real echoes of the pre-crime ideas in ‘Minority Report’.

This is posited as a buddy movie. Honor’s partner, Agent Ross, tries to make her feel at home with lifts to work and eggy sandwiches. It always works on me. They are a potential couple as we draw inferences from their obvious connection. The pair become easy in others company despite the distinct tension of the relationship between the population and the Teeps. A man with a hood is a catalyst in this story. It cannot be penetrated by the Teeps and it is potentially going to be mass produced. The government doesn’t want this and neither do the Teeps, except possibly for Honor who when she slips the hood on can escape the constant mind chatter of her Teep life. She also finds she is calm with Agent Ross and this serenity in the chaos of the world is seductive to her and to us.

The ending if not predictable is what we might expect in this harsh environment. We encounter betrayal, truth, untruth and question everything we see and hear. The fear that the Teeps induce and the desire to exploit them is powerful in the subsidiary plot about Honor’s friend and the creepy official who visits the shanty town.

This film is beautifully presented with high production values. It chose to go the ‘Blade Runner’ route with the decor, dirt, rain and sadness being key points here so the scene of Ross’ rural upbringing are poignant and textured reeling us in just like the salmon. Water on the screen is beautiful and, of course, it creates a veil obscuring possible truths.

Casting (no pun intended) is interesting with the next big thing Holliday Grainger (‘Strike’) teamed with Richard Madden (‘Game Of Thrones’). Paul Ritter (‘Their Finest, Cold Feet’) commands the screen with his role as the exploitative government official Franklyn.

This is a very up to the minute take on the original story with comment on sexual slavery, exploitation and writ very large trust. It’s worth watching again when you know the ending. The pressure is off and like the Teeps you can read the signs. 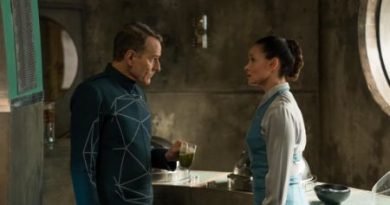 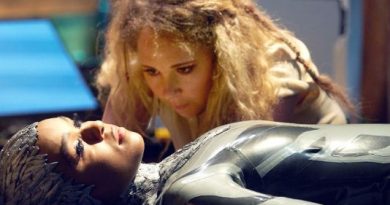 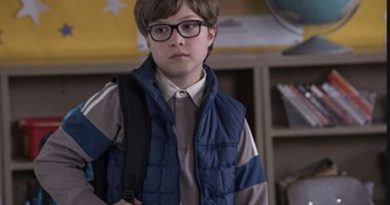