The much anticipated Dune movie from Denis Villeneuve (with a little historical help from Frank Herbert) has put on a special showing of first footage for invited industry insiders, critics, fans and fellow producers and directors – and the reaction (slightly mitigated by non-disclosure agreements) is wildly positive … as in mind-blowing and a work of genius.

Have we finally found somebody who can do the greatest epic in science fiction, sometimes considered unfilmable, true justice?

Writer Brian Clement, one of the lucky few to be invited to sit in, noted via Twitter, “I’m not exaggerating when I say a lot of people will have goosebumps/tears when they see this movie (I might!). Heck, when they see the footage I saw they will. As a follow-up re my opinion on new Dune based only on the footage I saw (since people are curious), I think this will blow people away the way LOTR did 20 years ago, the way Star Wars did 40 years ago. It’s not Jodorowsky or Lynch, but maybe Villeneuve has filmed the un-filmable.”

We’ll have to wait until December 18th 2020 to see the final result … here’s to the first trailer coming out at some point! 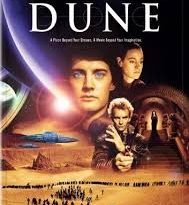 Dune movie release delayed for a year to October 2021 (news).