As the authors, Christel Dee & Simon Guerrier, point out in their introduction, there have been a lot of influential female characters in the ‘Doctor Who’ TV series. This book looks at 85 fictional and one real with Verity Lambert at the end. Isn’t it about time we had had another female show-runner? Of course, it’s also a means to promote the latest regeneration of the Doctor, who also has an extended entry. Rather than photos of each of them, 22 female artists were commissioned to illustrate the book.

Very few of them do the standard portraits which is a shame as the book cover is clearly not representative of the interior with only Donna Noble being better but looks closely based on a photo. Some, like Barbara Wright, look nothing like the actresses who played them. Far too many are cartoon-like which is a shame and I can’t help wonder if this was to keep to a sharp deadline. It missed an opportunity to some lady artists as serious painters which is a shame although this might be a matter of taste. 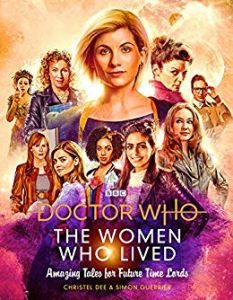 The pages for each entry varies a lot depending on what they did. Obviously, the female companions all get extended entries. Newcomer probationary police officer Yasmin ‘Yaz’ Khan (actress Mandip Gill), the latest female companion who will appear in the latest series has an entry bringing everything up-to-date so you probably won’t need an updated volume for a few years.

For much of the book, entries are in forename order first than surname but the index should help you find who you are looking for. I do wonder if there will be a male version of this book. After all, there have been many fewer male companions but probably too many other male characters for a single volume. Information-wise, you do get a lot on each companion and although the format of the opening sentence can get a little repetitive.

While I was reading, my memory kicked in as to who did they miss out and this includes omissions from their ‘And Not Forgetting’ section at the end of the book. So where is the Kaftan (actress Shirley Cooklin) from ‘Tomb Of The Cybermen’, Miss Hawthorne (actress Damaris Hayman) from ‘The Daemons’ and Nasreen Chaudhry (actress Meera Syal) from ‘Cold Blood’/’The Hungry Earth’? I would have thought all three were as significant as the rest here.

Nevertheless, this book will sell, if only for being one of the first ‘non-fiction’ books on the first female ‘Doctor Who’ to have Jodie Whittaker and Mandip Gill on the cover.

Unless you’ve been living in a box or under a rock you couldn’t fail to notice the new Doctor is a woman. To celebrated and underline this ‘Doctor Who: The Women Who Lived’ is one of many books that have been published utilising lots of female talent.

‘The Women Who Lived’ is a nice looking hardback aimed at the Christmas market and the younger viewers of Doctor Who, boys and girls hopefully. Jointly helmed by Christel Dee and Simon Guerrier, it features illustrations by female artists.

This book of brief lives covers as many as it can of all the women who featured in ‘Doctor Who’ in the last 55 years. Some are iconic and some you may not have heard of. This is truly one for the both the historically curious and lover of the current modern incarnations. Companions, assistants and sometimes short but meaningful encounters form the basis of a page or sometimes two, about the character. These are accompanied by a beautifully drawn picture. Thus we have both a pen portrait and gorgeous stylised image, it’s the style of the illustrator created from previous photographs and their TV appearances. As several illustrators are used, each picture features their personal take on the character giving a sense of variety and interest throughout the book. The written details about the character relate to what happens in their TV incarnations. The wider life given in other forms would have made some of the biographies four times as long.

Some stories are heart-breaking and some are uplifting. All remind us that women are integral to ‘Doctor Who’, either reminding him of the moral centre or, in some cases, shocking us with their lack of it. It is true however that the majority of women here are heroines rather than monsters.

This is a great book to dip into and it makes you realise, if you didn’t already know that ‘Doctor Who’ has always featured brave women who dealt with the situation they found themselves in with common sense and dignity. From Amy to Zoe, Barbara to Yaz there is a role model for every age of woman and every decade of the Doctor. There are no Disney princesses here, feisty or otherwise. 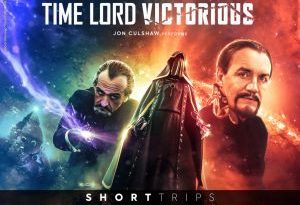 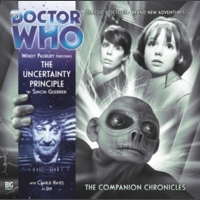