Sorry for the lateness of this review. Bloody TV signals. ‘Doctor Who’ late by 5 minutes and no recording to check things over because the signal to the DVD recorder stopped instead of making a back-up. I wonder how many of you were caught out that way? At least there’s the early Saturday morning repeat next week.

Should I also mention being awake in the middle of the previous night through an hour thunderstorm and I dozed off at crucial times in the episode. My thanks to my reviewer Andy Whitaker for suggesting I try the BBC iPlayer this morning.

Accept no pyramids even if they are full of tea as from here in there are spoilers!

Superficially, the plot is pretty basic. The Earth is at the edge of a catastrophe and the alien monks are here to save us providing we sign the Earth over to them. The story threads are brought together over this with a sleigh of hand and misdirection from these monks.

The problem is the means of the plot leaves so many questions and by giving these I can actually give away the basics of the story.

How did the UN know that Bill was companion to the Doctor or where he was secretly hiding or remember to grab Nardole as well?

How did the soldier know that pyramid was 5000 years old without carbon dating?

I can understand how the TARDIS was taken out of the university premises and even into the cargo hold of the UN aeroplane, just less sure how it was raised onto the passenger deck. Surely in all that journeying, Bill might have made some connection to the Doctor. Should we forget that few people know about the TARDIS itself and where is UNIT in all of this? This is just a little contrived and no one asked how come the Doctor could be inside such a small box? None of these people have been inside before. With the pyramid, how could the blind Doctor, let alone Nardole, know just which part of the pyramid base would open up into a doorway?

The Doctor seems a little off base telling three different military leaders from three different countries to attack the monks whose own tech must be vastly superior. Not once throughout any of this does any of them consult their political leaders at home. When you consider that the aeroplane is carrying a nuke which would also have obliterated everyone around the base, including the Doctor/President and who could have whisked them all to safety but didn’t even raise his little finger. Going back to the lab, when Erica and Douglas (actor Tony Gardner) see the plants turn to ash, why does the latter grab a sample? It’s already in a containment area and should have been left there. In fact, there’s another containment lab outside of that one and he doesn’t even bother to put his helmet back on. All of this is standard protocol and even if Douglas had forgotten in the first instance, the second instance would have contained it when he turned to ash and still not damage the plot. ‘Doctor Who’ the series really does need a proper scientific advisor.

Hands up all of you who thought this is ‘Doctor Who’ meets Terry Nation’s ‘Survivors’ at this point.

Erica announcing that this bacteria is producing methane is also a tad questionable. You couldn’t possibly have that much methane in so short a time from so small a sample to fill a containment lab. There’s a little matter of breathing and all Erica has on is a containment suit without its own air supply. At most, a carbon filter so she wouldn’t have smelt methane.

Consider also that the sample is in a plastic pot and Douglas was the only one to have touched it, thus the bacteria isn’t airborne, all you would really need to do is put the sample in the fume cupboard, where presumably there is a Bunsen burner and a quick burn. Looking at all my questions above, they could all have been answered in the story without necessarily damaging the plot. If anything, the story needed them addressed. It tends to portray scientists as incompetent or don’t know what we do. So much safety issues are drummed on lab protocol in real life and in a multi-lab such as this would have been carried out.

Despite my comments, some elements of this story are good. The actors do well despite the pitfalls. The monks might be ugly and ruthless but we don’t really know much about them yet. Maybe the second part will sort that out. It has to really. I mean, this is modern time and we know that humans survive into the future. 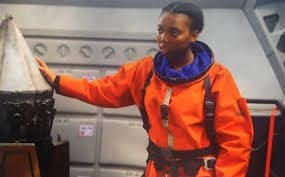 Doctor Who: Kill The Moon by Peter Harness (Doctor Who review). 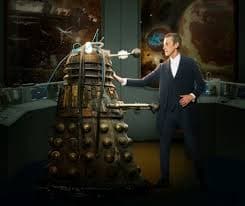 Doctor Who: Into The Dalek by Steven Moffat and Phil Ford (TV review). 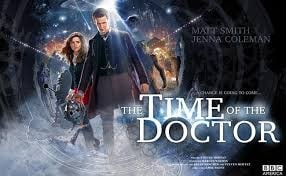 2 thoughts on “Doctor Who season 10 episode 7: The Pyramid At The End Of The World by Peter Harness and Steven Moffat.”

Doctor Who: The Caretaker by Gareth Roberts and Steven Moffat (Doctor Who review).