It might never have happened. ‘Doctor Who’ might have been fondly remembered and discussed at conventions. ‘Rose’, the first story of the relaunched series, changed all that. Now we have people arguing the toss on Twitter and complaining about women taking over. They seem to have missed the point. ‘Rose’ reminds us of where it began. 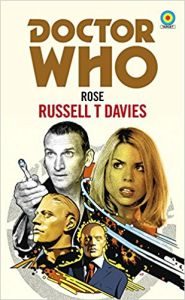 Just an ordinary working class girl with a boyfriend, a scatty mother and no prospects, Rose has a huge internal life. She might appear to be a mouthy 19 year-old sleepwalking into the rest of her life but her dreams are her own. So everything changes when a middle-aged man in a tattered leather jacket grabs her hand and tells her to run and we run with her. She’ll never have to fold a jumper again.

The retelling of the story involves a little more expansion of Bernie Wilson, who Rose needs to delivery the lottery money to on the fateful Saturday evening. Her boyfriend, Micky, gets a loving set of friends and her mum, Jackie, is still her mum, Jackie.

Russell T. Davies has taken his original storyline and fleshed it out. The terror of the Autons is bigger due to lack of budget constraints. Clive Finch who tracks the Doctor obsessively is given a life and family and a reason to live and die. The final showdown is a million bucks more than the original but doesn’t diminish it.

It’s a cracking read with all the lovely humour and pathos that Russell brought to the show. It has the ninth Doctor as we know and love him. It has Rose and Micky. She discovers the universe alongside a whole new set of fans and some oldies. It’s pure magic to me.

‘Did I mention? It also travels in time.’ 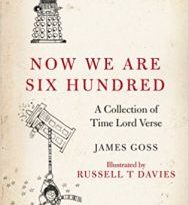 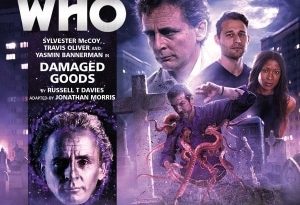 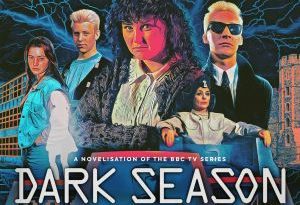