‘Destiny Of The Daleks’ is presented on CD with a linking narration by Lalla Ward who played the second incarnation of Romana in ‘Doctor Who’. The story features Tom Baker as the fourth Doctor and a script by Terry Nation. It also features the hand of Douglas Adams as script editor. I challenge you to not to spot the references to ‘Hitchhikers Guide To The Galaxy’. This classic adventure first aired on the 22nd September 1979 and consisted of four episodes, Davros is played by David Goodeson and the voice of the Daleks was Roy Skelton. If you happen to like soundtracks with linking narration then this is as good as you could get. I have a feeling it livens up the story. In ‘Destiny Of The Daleks’, the Doctor and Romana arrive on the home planet of the Daleks, Skaro. K9 seems to have laryngitis and Romana is mid-regeneration. This is put as a choice she makes, a bit like trying on a new body such as you might try on a new dress. She presents a wide range of options to the Doctor and ends up as Princess Astra, her first choice. It’s strange but of course this was a much easier way to change the lead actor without having to pretend they don’t look different. New Romana seems to have been taking the comedy pills but that might be the influence of Douglas again.

In between the humour, there is a serious plot where Davros is uncovered from a long stasis and another alien race called the Movellans are introduced, who want to use him as a weapon in their own war.

As our pair arrive in the BBC quarry, sorry Skaro, there is even a discussion about what makes concrete at which point I started fantasising about how a Dalek would mix concrete. The answer is that they get someone else to do it.

All in all. it’s an odd plot and there are plenty of jokes in between the death and Dalek destruction. The narration is fairly comprehensive and it has to be, as much of the plot is highly visual. I confess, I don’t like the original Dalek voices and much prefer the audio books with added Nick Briggs’ Dalek.

‘Destiny Of The Daleks’ is for you if you like the narrated adventures. There are plenty to choose from and always high quality whatever the original story was like. That’s really the point here. Most of us know or have seen the original on video or DVD, this is a bonus edition which would be great for visually impaired listeners as the narration and interview with Lalla Ward adds an extra dimension to the story. 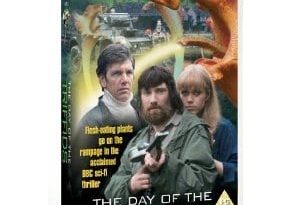 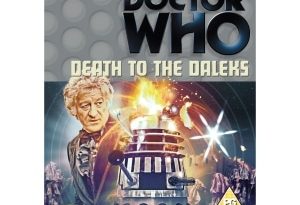 Doctor Who: Death To The Daleks by Terry Nation (DVD review). 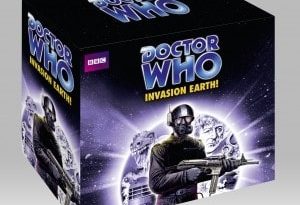 Doctor Who: The Gunfighters by Donald Cotton (CD review).

Doctor Who: The Daemons by Guy Leopold (DVD review).