‘Dawn Of The Planet Of The Apes: Firestorm’ is the official prequel after the film of ‘Rise Of The Planet Of The Apes’. It is predominately about the playing down in the media of how many apes escaped into the redwood forest and the rise of the Simian Flu which is killing off humans and spreading across the world in a ‘Survivors’-like fashion. Oh, and a team has been sent in to try and capture some of these escaped apes to see if they can find a cure for this fatal disease as they appear to be immune to it. After all, it’s only been five days since they escaped and because it’s spread and become a world-wide epidemic. It should be pointed out that the Simian Flu was a bi-product of the laboratory experiments and not caused by the apes themselves. Be worried if you get a nose bleed as you haven’t got long to live. My most immediate concern was what the apes were eating and initially they were eating the picnics the humans had left behind before raids on nearby grocery stores because orang utans don’t eat meat and need a supply of fruit and vegetables.

A lot of this story is padded out with the back stories of the various characters, including Korba, whose bad treatment literally made him the way he is. If it wasn’t for the padding this would have made the bones for an interesting if short film.

It’s noted as being canon to the next film which happens ten years later. In some respects, I suspect it was written for people like me questioning how the apes would survive and how quickly the fall of mankind happened. Greg Keynes novel does this very well although I wouldn’t have any high expectations for anyone you like surviving. About the only question that wasn’t explored is how did the intelligent apes cope with those apes from the zoo who never had the gas enhancement treatment? Nevertheless, with all the Ape attention this month, if you want a bridging book between the two films this will achieve that purpose. 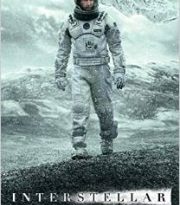