In my 2008 review of Chris Beckett’s Edge Hill prize-winning collection ‘The Turing Test’, I described the short story ‘Dark Eden’ thus: ‘…one of the best short stories I have ever read. The story involves a group of astronauts on an exploratory mission that goes wrong. The characters are all well developed for such a short story and the emotional interplay, told in the first person from two alternating viewpoints, adds extra depth to the captivating tale. It was one of those stories that leaves you breathless with wonder by the end.’

‘Dark Eden’ the novel was released in 2012 and, with the imminent release of the sequel ‘Mother Of Eden’, now seems an opportune time to reminisce about the book of one of my favourite short stories. The novel takes place several generations after the story, when around 500 descendants of the original pair of stranded astronauts still live on the titular planet. It’s an orphan world, sailing alone through interstellar space with no sun to provide heat or light. Geothermal energy provides patchy heat and the plant life that grows in those warm valleys fluoresce in numerous colours to provide light. Interestingly, the setting seemed eerie and weird to the astronauts in the original story, but the same descriptions in the novel quickly became commonplace because that is all the colonists have ever known.

You’re probably already wondering how there can be five hundred descendants of only two colonists and the results of this quickly become evident. Inbreeding has led to deformities and possibly low intelligence or this could be because nobody knows anything much. All they have is handed-down lore and legend, twisted by time and ignorance, leading to a restrictive and stagnating society. The main character, John Redlantern, is a typical rebellious youth breaking the rules of society and going his own way, dragging along a few faithful followers out of loyalty or a sense of adventure. The limited habitable area of Eden is quickly delineated, the starving and desperate condition of the family and the pointlessness of their rules is established and all in a very insightful and human way. It’s like a more extreme version of the Brian Aldiss novel ‘Non-Stop’, a comparison that came to mind particularly in the naiveté of the characters and the oddness of their customs.

The family has not inherited any standards we would recognise from today’s society, after all, a society based on incest can’t have too many taboos to break. This does lead me to the ultimate question which I’ve asked in similar situations in other novels: why? If two humans are stranded alone on an inhospitable planet, why do they feel the need to propagate the human race? It’s not like they’re the last hope for humankind. I had the same thought in Arthur C. Clarke and Gentry Lee’s ‘Gardens Of Rama’. There are three people on the Rama II craft and they decide it’s a good idea to procreate, leading to cringe-making scenes where the older guy is obliged to impregnate the woman. To what purpose? The whole of Earth with billions of humans is still there. There’s no reason to bring children into an already-precarious situation. I’m not against childbirth, I should point out, I have five children of my own but stranded on an inhospitable planet with little chance of ever being rescued? Fortunately, the novel doesn’t cover this time period. Maybe they were lonely and had no birth control, so fair enough they ended up with children. But after that, why would they encourage incest to continue their line? What happened is briefly touched on, but not why. Putting that aside, Chris Beckett’s handling of the results is both heart-warming and chilling.

The story of John Redlantern’s personal journey and the subsequent societal upheaval comes to a satisfying conclusion, after much tortuous self-discovery as well as stubbornness on the part of his contemporaries. Any day now, I’ll start reading ‘Mother Of Eden’ to see how far and in which direction their society evolves. 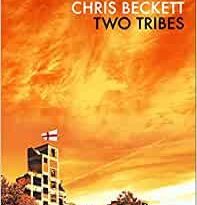 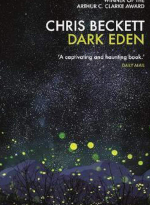 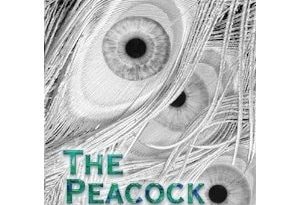