It is rare for all books in a series to be equally good. Readers will have their favourites and this can generate a lot of discussion. The ‘Temeraire’ book series has its peaks and troughs, opening during the Napoleonic Wars and the British blockade of France. The difference between the world we know and Novik’s history is the presence of dragons. Ship-sized creatures are the core of the aerial navies of Europe. Temeraire was intended as a gift (as an egg) from China to Napoleon. Unfortunately for the French, the ship was captured by the British and Captain Lawrence became Temeraire’s commander. In the intervening novels, Lawrence and Temeraire have helped repel a French invasion, visited China, combated disease and flown the length of Africa. Dragons, it seems, have developed societies on most continents with the exception of Australia. There they have Bunyips instead. Because he gave the cure for the disease that was killing dragons to the French, Lawrence was court-marshalled and exiled to Australia. He was expecting to spend the rest of his life in Australia but at the start of ‘Crucible Of Gold’, he is unexpectedly re-instated and ordered to head for South America to thwart one of Napoleon’s schemes.

Dragons are unable to fly all the way across oceans without places to rest and refuel, so need to be transported by specially constructed ships. Naturally, as this is a tale of adventure, things go wrong. A tropical cyclone and a mutiny result in the sinking of their transport. Salvation has a French accent but they eventually arrive on the shores of the South American continent.

It was predictable that this was the next place that Temeraire and Lawrence would end up but the interesting aspect of the novel is not their adventures but the differences in social structures of the communities. Dragons, it seems, have populated many parts of the globe, so much so that the tag on maps ‘here be dragons’ can be literally taken as true. When we are first introduced to the concept of a world with dragons, we are in Europe where the dragons are regarded as tools, a means of taking the war to the enemy. They are the possessions of the service despite their obvious intelligence and are fed only raw meat. When Lawrence and Temeraire visit China, they find that society regards the dragons as aristocracy. They have pavilions, cities are laid out for their convenience and they read and recite poetry. Food is cooked to their taste. Temeraire wants this kind of attitude to his kind to be replicated in Europe, putting him at odds with authority. African dragons have a different society regarding humans as slaves. They are more than a little miffed when Europeans take their humans across the Atlantic to work on the plantations. They regard this as theft.

The society that Lawrence and Temeraire find in the Incan Empire is different again. Although the dragons regard the humans as ‘theirs’, the relationship is more symbiotic. Families want to be part of a dragon’s fiefdom and the dragons are very protective of those humans under their care. Stealing another’s humans can cause very great offence. This is part of the problem when the British party arrive on the continent. Misunderstandings occur, which give rise to elements of drama and humour.

The intent and direction of this series seems to have changed since its conception. Putting aside the logistic problems that this concept of the dragons invokes, the plots are perhaps the greatest variable in a series such as this. At the beginning, we had an alternative history of Europe with scope for dramatic action in the air mirroring that on the sea as the little Corporal played out his bid for European supremacy. Later books tend to be more travelogue than anything else. Now the series has veered into the wilder world with much more divergence from the history we know. Where the emphasis is on the dragon societies, it still has interest but this aspect tends to swamp the original action-packed emphasis. Long flights on dragon-back do not make interesting reading. It is difficult to see what direction the series will now take as most of the world has now been visited. Perhaps the saving grace for the more recent books is the personalities of the dragons, which come through more strongly than those of the humans. The dragons, it seems have more independence of thought than the people they associate with and who follow well-worn tracks. 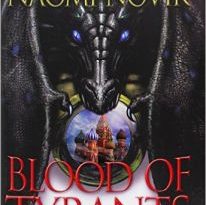 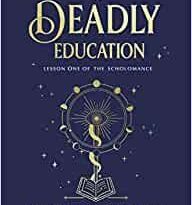 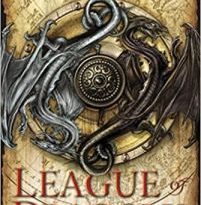