Covert extraterrestrial activity and clandestine conspiracies are common notions in UFO and UAP sightings as well as science fiction, but what might covert alien activity look like?

Are aliens secretly amongst us, conducting covert operations and hiding in plain sight? This is a question that has long been explored in science fiction and conspiracy theories about UFOs and UAPs (unidentified aerial phenomena).

But let’s take a step back and consider what covert extraterrestrial activity might actually look like. After all, if aliens are smart enough to travel through the vast expanse of space and visit Earth, they would probably be smart enough to cover their tracks.

First, let’s imagine that aliens have indeed been visiting Earth for a while, and they want to keep it a secret. They would probably make sure their spacecraft are stealthy and difficult to detect. Instead of flying saucers with flashing lights, they might use triangular or cylindrical shaped crafts that blend in with the night sky. They would also probably avoid landing in highly populated areas, preferring remote deserts or the ocean to avoid detection.

But what about the witnesses who claim to have seen UFOs or UAPs? Well, the aliens might have developed advanced technology that can manipulate human perception, causing witnesses to see something that isn’t really there. Or, they might have infiltrated human society and are actively spreading disinformation to confuse and distract people from the truth.

Assuming that aliens are visiting us, it’s also possible that they’ve formed alliances or made deals with world governments. These agreements could include exchanging technology for resources, or even keeping the existence of aliens a secret from the public. Here, the cover-up would extend to the highest levels of government and military officials, leading to the formation of secret organizations, clandestine meetings, and maybe even Men in Black.

But, truth be told, all of this is pure speculation, as we don’t have any real solid evidence of extraterrestrial visitation or covert alien activity. For now, the question remains: are aliens among us, or are we just seeing things?

We have explored the idea of covert extraterrestrial activity in many works of science fiction over the years. Here are a few examples:

“The X-Files” is a classic science fiction television series that centers on the FBI’s investigation of paranormal phenomena, including UFOs and aliens. The show explores the idea of a government cover-up of the existence of extraterrestrial life and the existence of a secret organization known as the Syndicate, which is working to conceal the truth.

“Invasion of the Body Snatchers” is a science fiction novel and movie series first published in 1955 that explores the idea of aliens secretly infiltrating human society by replacing people with copies of themselves in order to take over the world. This is another example of how aliens could take on the form of humans and even manipulate human perception.

“The War of the Worlds” is a science fiction novel written by H.G. Wells in 1898, which tells the story of an invasion of Earth by Martians. The novel portrays the Martians are a highly advanced alien species who could keep their plans and movements secret from humanity until it was too late.

“District 9” is a science fiction movie from 2009, where an alien race becomes stranded on Earth and is forced to live in a slum-like area known as District 9. The story explores the idea of a government cover-up of the existence of extraterrestrial life and the exploitation of the aliens for their advanced technology.

All these examples of Science fiction showcase the different ways in which we have explored the idea of covert extraterrestrial activity in popular culture. These stories often reflect on the human tendency to fear the unknown and to mistrust those who are different. They also serve as a reminder that the possibility of extraterrestrial life is something that we should consider seriously, rather than dismissing as mere fiction. 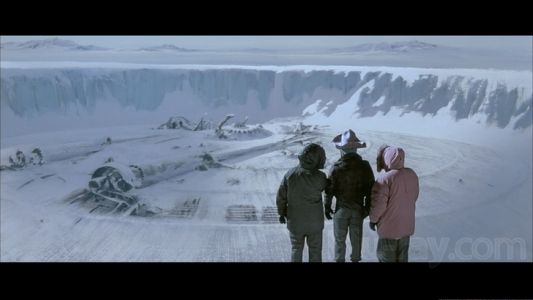