‘Bleeding Shadows’ is a large collection of short stories and novellas from 2013 by Joe R. Lansdale, a master of these forms. It contains a brief introduction by the man himself, a bunch of tales and then story notes at the end in which he says something about them. I’m always interested in story notes by talented authors but the casual reader can skip them. 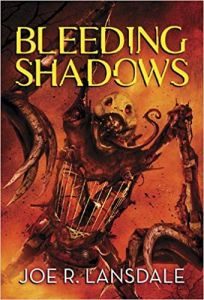 The title story ‘Bleeding Shadows’ is the second one in the book. Richard’s in the Blue Light joint drinking beer when ‘fine looking’ Alma May comes in and asks him to find her brother, Tootie, a no-good waster who lives off her earnings as a whore and spends his time drinking and playing the blues, which he’s good at. Richard does some detective work but has no licence because ‘black people couldn’t get a licence to shit broken glass in this town’. He goes to the worst part of Chicago and finds that Tootie is involved with some supernatural goings on involving blood-soaked records. Lansdale’s descriptions of indescribable music rival Lovecraft’s and his prose sings. You can see why this is the title piece.

‘Quarry’ is an associational sequel to Richard Matheson’s ‘Prey’ written for an anthology called ‘He Is Legend’, a tribute to Matheson. ‘Prey’ may be better remembered from the movie ‘Trilogy Of Terror’ (1975) and features a little spear-carrying Zuni warrior doll who chases Karen Black around her apartment. In ‘Quarry’, writer Jeff goes to an antique and collectables shop and buys the doll, kept safe by a chain around its neck until his cat knocks it off. Jeff’s wife has just left him, perhaps because being a writer isn’t manly. The Zuni doll lets him prove he is. I assume the theme was a bit tongue-in-cheek.

‘Six Finger Jack’ is next. Big O has been double-crossed and offers a bounty on Six Finger Jack, to be collected when the hunter brings back Jack’s distinctive hand. Our hero keeps his gun ‘clean as a model’s ass’ and is just the man for the job, especially as he’s banging Jack’s old lady, Loodie. This is a roller-coaster of a gangster story with colourful lingo, beautiful similes and outrageous violent action. Lansdale is never boring but this is great even by his standards.

‘Mr. Bear’ follows ‘Six Finger Jack’ and it deserves mention but I’m starting to wonder how to separate the wheat from the chaff in this review when everything is so good. I skip the zombie stories on principle. Lansdale does them better than most but there are far too many zombies now. Anyway, ‘Mr. Bear’ is just about the craziest story I ever read. Jim is sat on a plane wondering who will sit next to him when a celebrity bear turns up, gets drunk, gets Jim drunk and practically takes over his life. The bear is rude, crude, very dangerous and very funny.

Three yarns in the middle of the book take the reader off the wild west. ‘Soldierin’’ and ‘Hide And Horns’ feature Nat Wiliford, a black soldier and cowboy whose one hell of a shot and one hell of a guy. I loved them but I was raised on westerns. ‘The Stars Are Falling’ is a tragedy set in East Texas just after World War One. Deel comes back from the war but returning to his old life is not so easy when the wife and child are like strangers. Lansdale reckons this is one of his best and I won’t disagree. None of these tales has any hint of the fantastic.

Unlike ‘Metal Men Of Mars’, which is as fantastic as can be. Written to celebrate Edgar Rice Burroughs, it has John Carter leaving beautiful, naked Deja Thoris behind to go seek adventure because he’s bored. The writing still sings: ‘A drawbridge lowered with a mild squeak, like a sleepy mouse having a bad dream’. Burrough’s influence on pulp fiction is immeasurable but I haven’t read him yet, though I did enjoy the film ‘John Carter Of Mars’.

‘Starlight, Eyes Bright’ was written as a new piece for Lansdale’s much-lauded collection ‘By Bizarre Hands’. Simply told, Jim finds a piece of glass when out for his evening constitutional and later, in bed, tells his wife Connie about it. Jim’s straining to describe his find reminded me of Lovecraft’s ‘The Colour Out Of Space’. The events here are different but the sensibility is the same. A short piece that packs a punch.

‘Dead Sister’ is Chandler with horror themes. Beautiful blonde Cathy Carter with ‘eyes that would make a monk set fire to his bible’ comes to our detective because someone keeps digging up her dead sister’s grave. He stakes it out and sure enough a man in a long coat with a face ‘as white as a nun’s ass’ comes and digs there, with his hands, like a dog. This became comically gross by the end.

‘Shooting Pool’ shows that real-life evil can be truly scary and ‘The Folding Man’ has a terrifying fantasy creature for contrast. The volume concludes with a novella ‘Dread Island’ which puts Tom Sawyer, Huckleberry Finn, Brer Rabbit and Chthulhu all together on the Mississippi with assorted side characters. The verbose style of narration wasn’t to my taste and I’m not familiar enough any of these American heroes to enjoy it much but many will, no doubt.

Most of these stories were written for themed anthologies which are a great publishing tool for everyone. Big-name writers like Joe R. Lansdale have fun with the theme and get paid, too. Their name on the cover sells the book and the lesser-known writers get to sit alongside them in print, earn a bit and get their names out to the public. Anthologies are probably equal to magazines now in the short story market and maybe bigger.

Alas, short stories still lag far behind novels when it comes to publishing bucks but at least they’re still around. Lansdale combines solid, fast-paced plots with exciting characters, all delivered in lively, beautiful prose with similes that might make Raymond Chandler jealous. He has that earthy, blue-collar, grassroots American flavour which has made Stephen King rich but his version is rougher. Lansdale isn’t as famous as King or as rich, but he’s just as good a writer, maybe better and I guess he’s doing all right. Long may he continue. 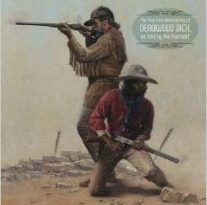 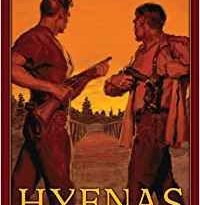 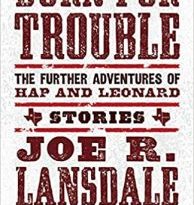