Like many other genre fans, I first read Tolkien as a teen-ager. Although I loved ‘The Hobbit’ and ‘The Lord Of The Rings’, when I tried to read ‘The Silmarillion’, I found its dry style of reportage too dull for my teen-age tastes and moved on to other authors. Years later, Peter Jackson’s movie adaptations of ‘The Lord Of The Rings’ revived my interest in Middle Earth, in no small part due to the extraordinary attention to detail shown in the visual design of the costumes, sets, props and so on. This owed much, as I later found out from the ‘Making Of-’ documentaries on the DVDs, to the work of two well-known Tolkien illustrators, John Howe and Alan Lee, both of whom were employed by Jackson as the film’s conceptual designers. I’ve been a fan of both men’s fantasy art ever since, so when I found out that ‘Beren And Lúthien’, the latest Tolkien volume to emerge from the editorial scholarship of Tolkien’s son, Christopher, would be illustrated by Alan Lee, I was immediately keen to get hold of a copy.

When I subsequently found out that the book would be launched in early June, with a talk and signing by Alan Lee at his local branch of Waterstone’s, in Devon’s county town of Exeter, at a time when I happened to be down there on holiday, I jumped at the chance to meet this legendary artist in the flesh. More on that later.

Turning to the book itself, it’s important to make clear from the start that this is not some new, previously undiscovered novel by JRR Tolkien. The epic love story of ‘Beren And Lúthien’ is one of the central tales from the history of the First Age of Middle Earth, taking place many thousands of years prior to the events described in ‘The Lord Of The Rings’. Tolkien aficionados will already be aware of it, as it is referred to briefly in ‘The Lord Of The Rings’, a summary appears in ‘The Silmarillion’ and the tale is told at greater length and in different versions in several volumes of Christopher Tolkien’s twelve volume masterwork, ‘The History Of Middle Earth’. This current book is his attempt to collect together almost all of that material into a single volume, which tells the tale in its entirety, accompanied by sufficient explanatory material to chart its evolution.

The two principal texts, accounting for 50 and 108 pages of this 288 page hardback respectively, are ‘The Tale Of Tinuviel’, an early prose version of the story dating from 1917, and ‘The Lay Of Leithian’, a poetic rendering of the same narrative written between 1925 and 1931, when it was abandoned quite close to the story’s substantive end. These two pieces are supplemented and illuminated by Christopher Tolkien’s historical notes and shorter extracts from JRR Tolkien’s other writings, including ‘The Silmarillion’ and its forerunners.

The tale of ‘Beren And Lúthien’ underwent several major and minor changes over JRR Tolkien’s lifetime. Most significantly, the hero Beren was originally a dark elf or ‘gnome’, while his principal opponents were a bunch of talking cats. Later on, Beren became human, while the cats were replaced by a necromancer called Thû, later to become everyone’s favourite Tolkien baddie, Sauron. These and many smaller alterations are discussed by Christopher Tolkien in a way which enables the reader to understand how the story evolved in the writing and to see the continuity between the earliest and latest versions. If you are interested in the writing process, as I am, you will find the editorial material fascinating. If you’re not, this material is unobtrusive and easily skipped.

What turns this book into something really special, though, is Alan Lee’s art. His principal contributions are nine full page colour paintings, each on glossy art paper inserted at regular intervals throughout the book, which illustrate key moments from the story. In addition, twenty-five black and white pencil sketches of people, creatures, settings and objects appear at the beginnings and endings of the chapters of the book. Lee’s pencil work is beautiful to behold and these small sketches provide a delightful contrast to the larger painted tableaux. Both types of picture bring the text around them to life and each reward repeated examination.

This is a book that should appeal to anyone who has enjoyed ‘The Hobbit’ and ‘The Lord Of The Rings’. The tale of ‘Beren And Lúthien’ is an epic adventure at its heart and, even at the advanced age of 93, Christopher Tolkien has once again done an admirable job of bringing out the colour and excitement of the story, even as he helps us to see how it grew and changed over the years. I loved it, both words and pictures.

As for the book signing in June, it was a dream come true. In the flesh, Alan Lee is a quiet, unassuming and humble man who seems totally unchanged by the amazing experiences he has had at the heart of one of the greatest movie franchises of recent times. It was an honour to hear him talk and to meet him briefly afterwards. I will treasure my signed copy of ‘Beren And Luthien’ but, signed or not, this is a volume that should be on every Tolkien fan’s bookshelf. 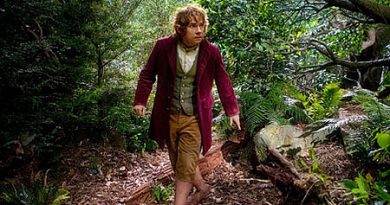 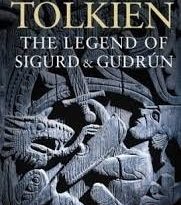 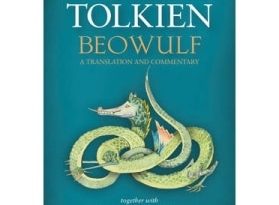