A Battlestar Galactica ‘reboot reboot’ is coming, from Sam Esmail of Mr. Robot-fame as part of the new streaming service from NBC Universal launching April 2020.

Mixed feelings about this one. Is rebooting a reboot just diluting the clone gene pool a little too much? Also, Peacock, another new pay-to-view streaming service?

On the other hand, Sam Esmail’s Mr. Robot is the best and most original piece of genre TV on Amazon Prime by far, so if anyone can do it honour, maybe he can?

BSG fans, this will NOT be a remake of the amazing series @RonDMoore launched because… why mess with perfection? Instead, we’ll explore a new story within the mythology while staying true to the spirit of Battlestar. So say we all!

Just remember Sam, it won’t truly be any good unless you bring back Boxey’s daggit, Muffit. You know what I mean! 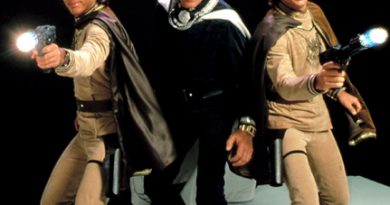