As you should be able to tell from the cover of the May 2014 edition of Back Issue # 72, this edition is about comicbook robots, although it is bulked out by also covering cyborgs. Not comprehensive but editor Mike Eury points out the other ‘Back Issue’ issues you need to pick up, most available from the publishers via their website if you can’t buy from elsewhere, where the missing ones are already covered. I suspect had there been included here as well, this issue would have been double the size. The articles follow the format of giving a history of the various characters and interviews with people who wrote and drew their stories where possible. The real bonus is seeing selected art, often including the original art for comparison, which I’ve always enjoyed seeing. Combined together you get a real feeling for the material and even if you haven’t been brought up on them, like I have, you’ll certainly get an inkling to want to look them up in the various reprints if you don’t have the original issues. If you want to relive your childhood or recap memories or fill gaps in as to what was happening at the time, this makes ‘Back Issue’ of historical significance. In fact, the same can be said for all of TwoMorrows productions.

It was interesting seeing the appraisal of the ‘Metal Men’. In many respects, I don’t think DC really knew what they had in their hands with them which didn’t contribute to their lack of overall success or failure to keep them going. It’s problematic with any comicbook reality of making it difficult to mix ‘serious’ characters and those who have a more comedic aspect. With the Metal Men, it was more in how they moulded their bodies to the purpose needed in battle and their bickering which often made them stand out.

Interestingly, despite the also somewhat fragmented origin, Marvel’s Vision synthezoid fared much better and became the lynchpin of ‘The Avengers’ simply because he didn’t belong to any other comicbook which often tended to compromise its other members with character development and allowed his writers more latitude to play with him and the Scarlet Witch.

It was interesting comparing the number of times DC’s Red Tornado being dismantled to Marvel’s Jocasta. These two robots have certainly had a lot or taken a lot of literal flak over the years. Then again, when you look at robots collectively compared to organics, dismantling and being re-built is something that can’t be done with them. All right, the organics do get resurrected but that’s not quite the same thing.

Interestingly, the Doom Patrol Robotman wasn’t the first DC character of that name and having a human brain housed in a robot body, with a character of the same name first around in 1945, all backed up with picture evidence. As seen above, the recycling of names isn’t that unusual but the similarities here are a lot closer.

Just in case you think only the more famous robots were covered, the big red cheese Captain Marvel’s villain Mr. Atom is covered with comments on its variable size over the years. Likewise the ‘Shogun Warriors’, the forerunners to ‘The Transformers’, and Doug Monech writing it to impress his young son.

DC’s most famous cyborg…er…Cyborg has his complete story and one of the more unusual transitions from (Teen) Titans to Justice League Of America, ensuring his star and popularity was kept shining. I still think his father should done a better job in concealing or painting his metal parts though. I mean, the silver parts would be a target for any super-villain wanting to spot him and the design literally made him a walking super-hero once he started walking again.

Probably the one set of characters that aren’t robots, well other than the original Brainiac, was including the various Coluian Brainiacs who followed the mark 2 who was to act as his son. Considering the Coluians kept their green colour, one has to assume that they never married outside of their own race. If I had to choose a different Legion Of Super-Heroes reference, I think I might have gone for Computo or perhaps Quislet, as he had to depend on his spaceship in a giant world or controlling any other mechanisms and probably the closest the LSH ever had to having a robot on their team.

Finally, there is a piece on ‘Big Guy And Rusty The Boy Robot’ by Frank Miller and Geof Darrow, a comic I wasn’t familiar with but still shared aspect with Japanese manga.

Overall, this makes this ‘Back Issue’ an excellent read even if I felt the title should have been called ‘Robots And Cyborgs’. The latter clearly have a better survival rate that the former. Don’t get dismantled. 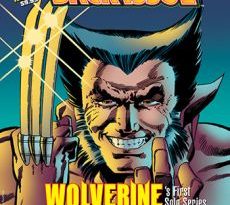 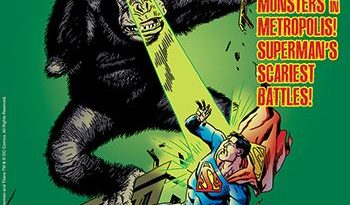 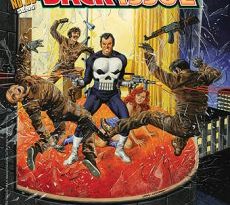