As you can tell from the cover of this issue of ‘Back Issue’, we are in the DC Universe’s backyard or rather the ‘Fourth World’ that was created by Jack Kirby, only this time after he left it. No one has called it ‘‘Fourth World AK’, although the full words are on the cover. It would hardly be surprising had DC Comics not resurrected the ‘Fourth World’, considering the number of realities they’ve rebuilt over the years. However, apart from Gerry Conway’s desire to make them more like super-heroes, what followed after went back to the Kirby roots that these were ‘New Gods’. It is pointed out that when Kirby created the ‘Fourth World’, he had intended for other people to play with it than just lie stagnant so DC are really living his dream. 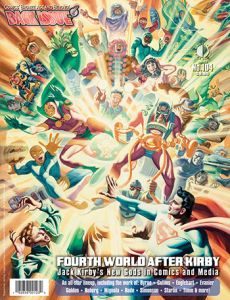 So we have four histories of what happened next for the New Gods, Darkseid, Mister Miracle and the Forever People. The common topic across all these four features is that the successors liked Kirby’s ‘Fourth World’ and wanted to work on them. Maybe Steve Englehart could be regarded as the exception but only as far as Kirby as a writer is concerned which I wouldn’t necessarily disagree with. The number of creators who can both draw and write is rarer, let alone the opportunity to do both well even today. I’m raising this as a topic here because in contrast to the creators involved, ‘Fourth World’ fans aren’t there in large enough numbers for these consequent series to last that long. Of all the characters, only Darkseid and Mister Miracle and his wife, Big Barda, have really evolved over the years and integrated into the DC Universe, regardless of the changes in their realities. Darkseid because he is so immensely powerful and Mister Miracle, Scott Free, and Big Barda being a married couple.

From all that I read here and interpret, there lies the weakness of the rest of the ‘Fourth World’ in that it doesn’t feel like it wants to be more united with the DC Universe and therein lies the problem of building fan interest in it. If it was changed radically, then it wouldn’t be Kirbique anymore. A hard problem to sort out. Even with Kirby’s run, where he placed Jimmy Olsen, with his own title, and Superman into the storyline, I felt it an uncomfortable mix. DC Comics editors like to stay in control of the characters they run even for continuity’s sake and probably prevented bringing them entering into Kirby’s domain to make stronger connections to the DC Universe.

Read these pieces and see if you agree with my diagnosis. If anything, I think the ‘Fourth World’ was/is too big for the rest of the DC Universe and might actually be better to just break away, like the Legion Of Super-Heroes ended up being written. It isn’t as though its premise can’t work alone. At some point, the Justice League would have eventually gotten involved just to put Darkseid on ice. Oddly, not so much is said about the LSH’s battle with Darkseid in their ‘Great Darkness Saga’.

Oh, you do get to see Kirby’s designs for the ‘Super-Powers’ toy range and for the animation series.

There is a section devoted to the effort of Ben Herman collecting illustrations of Beautiful Dreamer from the Forever People by sixteen different artists. Only Richard Howell chose something similar to how Kirby drew her, which was always stylised. The rest take a more feminine approach. The biggest surprise was the difference in artistic styles between the two Hernandez brothers. I do hope this opens up the idea to explore other fan collections of characters drawn by artists not associated with them because there is a lot of good convention sketches out there that deserve to be seen by a bigger audience.

The final section looks at the ‘Fourth World’ characters used in the various animation series based in the TV version of the DC Universe. As writer Dan Johnson points out, the use of Darkseid was more of a no-brainer simply because there are few super-villains who can take on Superman with equal force. I think therein lies the real problem as Superman is just too powerful and whenever the next revamp is made, some serious thought ought to be done to limit his powers more than depend on the likes of kryptonite or magic to stop him. As the article points out, more ‘Fourth World’ characters appeared over the years and 10 animation series. Whether kids realised the implication of who they are isn’t revealed. That might have a bearing on the final article about the Mike Mignola designed aborted ‘New Gods’ animation movie from 2016.

I was surprised how much I came away thinking from this issue of ‘Back Issue’. Whether the writers intended it or not, the undertone of the information here is that although it’s mostly a creators’ favourite, hardly surprising as most of them were raised on comics in the 1970s, it is less so with the general DC readership. None of which is helped by the fact that Kirby is still regarded as a Marvel than DC creator and his fans there don’t necessarily want to look elsewhere. Whether the removal of these obstacles would help leaves me in doubt. The fact that the Motherbox appeared in the latest ‘Justice League’ movie does suggest that DC and Warner’s want to do more with the Kirby Koncept. Read and learn. 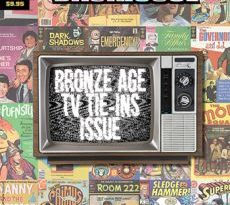 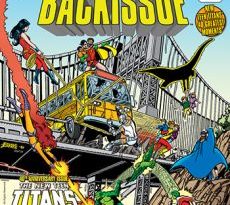