Critic and writer Damien Walter is here with his thoughts on the Avatar 2 film. The blue space smurfs are back. Time to celebrate?

Avatar 2 The Way of Water is the highly anticipated sequel to James Cameron’s groundbreaking science fiction film Avatar. The film has generated a lot of buzz but has been described as a “monument of artificiality” due to its use of cutting-edge special effects.

One interesting aspect of Avatar 2 is its themes of nature versus technology. The film is set on the planet Pandora, where the indigenous Na’vi people are in conflict with human colonists who are exploiting the planet’s resources. The film’s central message seems to be a pro-nature, anti-technology one, as the Na’vi are depicted as living in harmony with their environment while the humans are depicted as destructive and greedy.

However, some viewers have pointed out the irony of this message, as the film itself is a product of modern technology and artificial imagery. It is not uncommon for science fiction films to explore themes of nature versus technology, but it is worth noting that the movie is not a “real” depiction of nature or indigenous people, but rather a highly stylized and artificial version.

Another bugbear surrounding the film is its portrayal of the conflict between the Na’vi and the humans. Some viewers have interpreted the film as a commentary on the relationship between “takers” and “caretakers” and the consequences of environmental exploitation. Others have suggested that the film’s message could have been more effectively conveyed through a mini-series format, which would have allowed for a deeper exploration of these themes.

Avatar 2 seems to be a visually stunning film that aims and fails to tackle some important themes, but it is worth considering the artificiality of its imagery and the limitations of its story in conveying its message. Additionally, some viewers have pointed out that the film may not be as relevant or meaningful as it could have been due to the increasing popularity of immersive, interactive media such as video games, which offer a more engaging and personal viewing experience.

“Avatar 2: The Way of Water” opened to $435 million worldwide. This is a large sum, yet it’s less than expected. The picture premiered at $134 million domestically, behind the expected $150 to $175 million. “Avatar 2” is the second biggest worldwide opening weekend of the year, after “Doctor Strange in the Multiverse of Madness”

The original “Avatar” is remains the highest-grossing film of all time, despite “Avatar 2’s” success. James Cameron said the sequel must be one of the highest-grossing ever to break even. With no blockbuster competition, “Avatar 2” might develop legs and exceed its predecessor’s box office total.

“Avatar 2” had the sixth greatest domestic opening of the year, tied with “The Batman,” and is the weekend’s number one picture, dethroning “Black Panther: Wakanda Forever” “Top Gun: Maverick” has grossed $1.48 billion, followed by “Jurassic World Dominion” at over $1 billion, “Doctor Strange 2” at $955 million, “Minions: The Rise of Gru” at $939 million, and “Wakanda Forever” at $786 million. 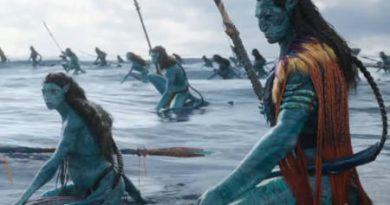