Are you ready for a mind-bending, reality-warping journey through the cosmos? Look no further than the critically acclaimed film, Arrival. Warning. Spoilers lie ahead, folks.

Directed by Denis Villeneuve and starring Amy Adams as Louise Banks, a linguist enlisted by the United States Army to communicate with extraterrestrials before tensions lead to war, Arrival takes us on a journey through the complexities of language, communication, and the human experience.

But this isn’t just any run-of-the-mill alien film. Arrival delves into the deep, philosophical questions of time, memory, and the power of language to shape our perceptions of the world. And let’s not forget the stunning visuals and award-winning sound design that transports us to a realm beyond our wildest imagination.

But don’t just take our word for it. The flick has received numerous accolades, including eight Academy Award nominations, with wins for Best Sound Editing and a Golden Globe nomination for Adams’s performance. It was also selected by the American Film Institute as one of the top 10 films of 2016 and was awarded the Ray Bradbury Award and the Hugo Award.

But what truly sets the film apart is its exploration of the power of language and communication. As Louise Banks delves deeper into the alien language, she begins to experience flashbacks of her deceased daughter, leading to a realisation that the past and future are intricately connected.

So, if you’re looking for a film that will leave you questioning the very nature of reality and the power of language to shape our understanding of the world, look no further than Arrival. But be warned, you may never look at the world in the same way again. 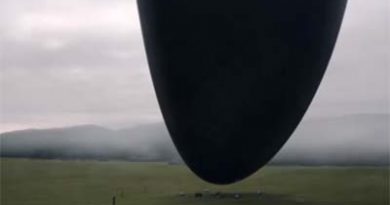