Set during the 1979 Iran Hostage Crisis, ‘Argo’ tells a strange but true footnote to that history. Six United States citizens whom the Iranian revolutionary government wants dead have escaped from the United States embassy to the protection of the house of the Canadian ambassador. Now the CIA is charged with extracting them from Iran against very high odds. One operative devises a cockeyed plan to remove them by passing them off as filmmakers scouting locations for a Science Fiction movie. This is the best film of the year so far. Ben Affleck directs and stars.

The year is 1979 and the Iranian Revolution has just climaxed in the storming of the United States embassy by furious rioters. Six of the staff escape to the house of the Canadian ambassador which secretly offers them sanctuary. Now it is the responsibility of the Central Intelligence Agency to somehow get them out of the country past heavily guarded borders and airports. The leadership at the CIA is suggesting a really bad idea to remove the staff members. Operative Tony Mendez (played by a non-Hispanic-looking Ben Affleck) thinks all the ideas for extraction are bad ideas.

Mendez chooses what he thinks is ‘the best bad idea’. It is a doozy. He wants to pass the Americans off as filmmakers scouting locations in Iran to film a Science Fiction movie to be called ‘Argo’. A script has to be found and artwork created that will be good enough to convince the Iranian officials that there really is a legitimate film being produced. Mendez recruits for help John Chambers (John Goodman), the man who really did create the makeup for the original ‘Planet Of The Apes’ films. Also he gets real producer Lester Siegel (Alan Arkin) to act as the fake producer of the film.

Mendez intends to go to Iran, posing as a filmmaker and meet with the six fugitives. Then after a day or so of intensive coaching and pretended scouting, the seven Americans will board a plane and fly out of Iran. At least that is the plan. This story is all based in truth. In the closing credits once can see how very similar the actors look to the real people. Only the non-Hispanic- looking Affleck looks significantly different.

I consider a good story or a good actor one that takes the viewer through a gamut of emotions without making them seem forced. Affleck directing himself in this film manages to do both. The script is balanced with spectacle in the first act and an extended suspense sequence in the last act, a real nail-biter.  By ‘extended’, I mean not just a longer chase like you might have in a James Bond film. The dangers faced by the seven escapees are many and varied and probably not at all exaggerated and any one of them would prove fatal for the seven fugitives at the hands of the Iranians.

It is hard to make a history film that is both believable and exciting. ‘Argo’ is one of those rare films that feed the appetites of both the Friday night action film crowd and the art house audience. It is just as hard to believe that the actor who in 2003 made ‘Paycheck’ and the laughable ‘Daredevil’ directed a film with the sophistication of ‘Argo’ only nine years later. ‘Argo’ proves that not only does he really know how to direct himself, he can be good directing a whole film cast. My clue that he was a different Ben Affleck should have been his craftsmanship directing the under-rated crime film ‘Gone Baby Gone’ (2007).

Director Affleck and screenwriter Chris Terrio try to give a balanced view of the issues of the film. Rather than just show the rage of the Iranian people against the United States and Europe, they include a brief informative explanation of just why there was so much hatred and their account does not look very favorably on the United States. In a screening of the film at the Toronto International Film Festival, it was pointed out that though the film dramatised co-operation between the US and Canadian officials, it really did not fully credit the Canadians for the risks they took for the Americans, a shortcoming partially corrected in the general theatrical release.

The film repeatedly contrasts the world of the Iranian Revolution and the La-La world of the West and especially Hollywood. One goes from the gritty and dangerous world of the rioting Iranians to the fatuous world of Hollywood filmmaking. Here Affleck may go a little overboard. Chambers would not be working on a picture as silly and inane as the Minotaur film we see being made. Such bad films are (luckily) a real rarity. To claim Chambers would work on such a film does not speak well for the accuracy of the rest of the account. But still the contrasts of life in the two countries are striking. In the margins, we see nice vignettes of globalisation creeping into Iran like a woman wearing the traditional Chador biting a drumstick Kentucky Fried Chicken drumstick.

Incidentally, the script that was actually used was not really called ‘Argo’. It was to be a purported screen version of Roger Zelazny’s ‘Lord Of Light’. See the link below for the ‘Argo’ connection to ‘Lord Of Light’ below.

This is a film that runs the gamut from grim to absurd. It has serious political commentary and over-the-top satire. I rate ‘Argo’ a +3 on the -4 to +4 scale or 9/10. Jeff Nathanson wrote and directed a similar film, ‘The Last Shot’ (2004), also based on a true incident, in which an FBI agent went under cover as a film director and became overly involved with the ersatz film he was supposedly making. 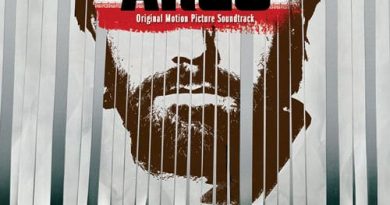 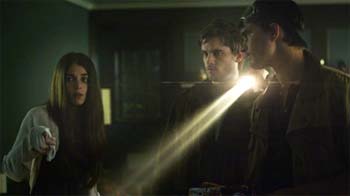 John Dies at the End. Really!